In the vicinity of Nanda Devi (7817 m), the second highest peak in India, is situated the Nanda Devi National Park, which has the most unique high altitude flora and fauna in the world. The spectacular views, verdant environment, and richness of the biosphere make it quite different from the other wildlife sanctuaries of India. The park has been declared a World Heritage Site by UNESCO and in its surrounding area are the Valley of Flowers, Badrinath Temple, and Hemkund Sahib.

Though the park was notified only in 1982, it has a long history. W.W. Garden was the first person to reach this region in 1883, but his expedition to the Nanda Devi Peak failed to create any impact. In 1936, Tilman and N.E. Odell scaled the Nanda Devi and opened its vista for others to follow. This led to the region becoming a game sanctuary in 1939.

The area of the park remained undisturbed until the 1950's when organized expeditions for Nanda Devi started. To save the park from these disturbances, the Government of India declared the region a National Park in 1982, and later it was given the special status of a Biosphere Reserve.

The Nanda Devi National Park is located in the Indian state of Uttarakhand in the upper Himalayan ranges. A part of the Garhwal Himalayas, the park extends from the latitude of 30°24' in the North to the longitude of 79°53' in the East. The entry to the park is from Lata village around 23 km from Joshimath. Mountain peaks surround it from all sides except the west where it is bounded by an inaccessible gorge.

Being in the high altitudes, Nanda Devi National Park has a distinct climate. For six months of the year, the region remains under a snow cover. For the rest of the year, the region has a dry climate with heavy rainfall from June to August. April to June are the months when the temperature increases a bit and Nanda Devi National Park’s weather becomes pleasant for a trip.

The forest cover in this park is mainly restricted to the Rishi Gorge and the main vegetation is of fir, birch, rhododendron, and juniper. In the inner sanctuary, conditions are drier and near the Nanda Devi Glacier, there is almost no vegetation. From Ramani, the vegetation changes to alpine, and only juniper scrubs are the dominating vegetation. The Juniper scrubs gradually give way to grasses, prone mosses, and lichens. In total, 312 floral species have been found here of which around 17 are considered rare. 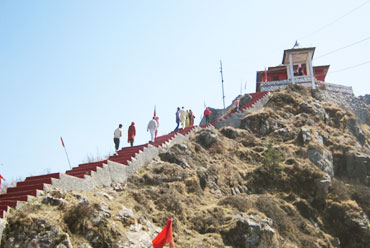 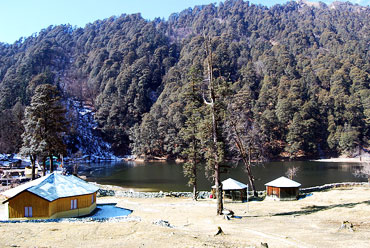 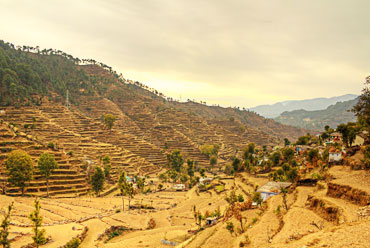 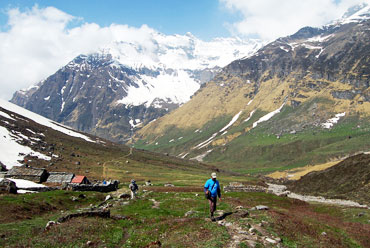 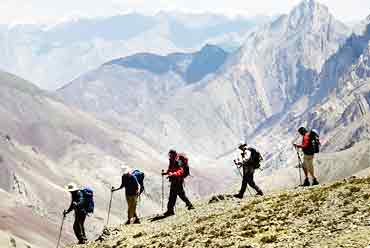 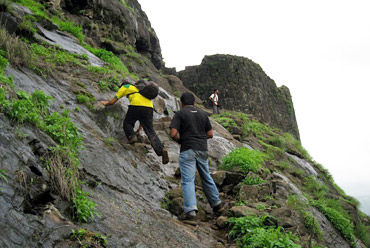 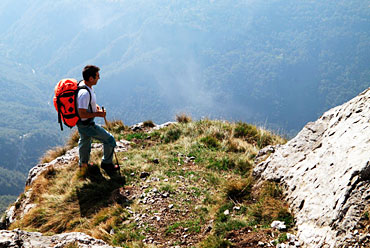