Famed as ‘God’s Own Country’, Kerala has something special to offer in every season. However, the best time to visit Kerala is during the months between September and March. Summers are quite hot in the state but sudden showers bring a relief. Also, the evenings are coolers during this season. Rainfall occurs here for 9 months. However, the monsoon season extends from June to August and October to November and is the ideal season for rejuvenation. Nevertheless, the place it has something to offer all year-round.

Summer in Kerala (Feb- May)

Months between February to May mark the summer season in Kerala. Despite being off-season, it is the best time to go to Kerala, India for wildlife safaris. There are high chances of sighting an elephant during the months of March and April as they spend most of the time in the water. However, it is suggested to avoid visiting Periyar on weekends because of the crowd.

Another wonderful option to beat the heat is by heading towards Munnar, a scenic hill station in Kerala. The place is a honeymooner’s paradise and offers a refreshing retreat. With the exception of the mountains, it’s hot all year round though it can rain anytime. Sightseeing of spice plantations and tea plantations offers slight respite from the heat. Also, Kerala's biggest temple and elephant festival, the Thrissur Pooram, usually takes place in May (or late April). Thus, offers amazing holidays in Kerala.

Monsoon is the best season to visit Kerala for Ayurvedic treatments. Monsoon arrives in Kerala twice. For the first time, it starts in June and ends till August. The moist, cool, and dust-free atmosphere during these months opens the pores of the body. This makes the body most receptive to herbal oils and therapy.

The season further allows you to discover a unique Kerala featuring trees dancing to the tune of the winds, overflowing rivers and greenery all around. Kerala's biggest snake boat race, the Nehru Trophy, is held on the second Saturday of August. Onam also falls in this season and includes a lot of scrumptious feasting. Homes are adorned with bright floral arrangements.

However, traveling to Kerala during the monsoon is not suggested for avid travelers because of the torrential rain and widespread flooding.

September comes with a break in the rainy season. It is the best time to visit Kerala backwaters. During this time, the backwaters become clean and vistas around are refreshing. Everything is exquisitely emerald, so it is also the best month to go for hiking in Kerala. Spending time relaxing in the lap of nature isn’t a bad idea either. Or, you can also choose to explore the hill stations in Kerala.

Kerala welcomes the northeast monsoon by October. It produces shorter but much more intense bursts of rain, until November. But many local people say this is now disappearing and much less of an issue. Unlike some national parks in India, Periyar National Park stays open all year round. It is particularly vibrant just after monsoon and there are fewer people allowing you to enjoy till your heart’s content. Thus, these months are considered as the best time to travel to Kerala.

Sun worshippers will be at their happiest between October and February when their god makes her most glorious appearances. During these months the weather is warm and comfortable, but not hot. Thus, this the best time to visit Kerala with family. At this time of the year, perfect weather and sunny skies are at its mild, allowing maximum time to enjoy at beaches in Kerala. Diwali celebrations in November are an added plus.

Kerala is flooded with tourists in the months of December to January. In fact, winter is the best season to visit Kerala for the honeymoon. Customizing your Kerala holidays during this time will enable you to get off the beaten track if that is what you are seeking.

Christmas is celebrated with enthusiasm across the state. Additionally, Cochin Carnival raises the fun quotient to the next level. Everything exciting happens in Kerala during this time of the year. Thereby allowing visitors to enjoy a wide array of special events and activities. Thus, undoubtedly this is the best time to travel to Kerala.

No matter what time of the year you visit Kerala, the state will beguile you with a myriad of its attractions. 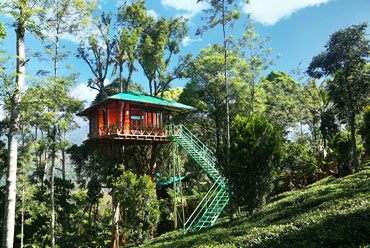