If there is one place in the riveting diversity of India where there is tangible beauty and a phenomenal thing like total literacy, it is in Kerala. It is a state full of good things. This small state at the southern tip of the Indian peninsula is an easy winner owing to its beautiful landscape, intriguing customs, high-intensity cultural life and an educated public so often dressed in white. From Kasargod to Thiruvananthapuram, the state is choc-a-bloc with places that attract tourists and travelers from all over the world. With the Kerala travel guide, you can get a brief about this state which will help you to plan a Kerala trip.

Kerala is situated on the southwestern tip of the Indian mainland on the Arabian Sea. The state extends between the latitude 10°00 North and longitude 76°25 east. Kerala is bound by the Arabian Sea on the west, Karnataka on the north and northeast, and Tamil Nadu on the east.

According to the geographical features, the state can be divided into hills and valleys, midland plains and coastal belts.

The coastal belts of this state accommodated the world-famous backwaters that are the more or less main attraction of Kerala.

The name of the state of Kerala has been taken from the word Keralaputra (land of the sons of Cheras), as mentioned in one of the Ashoka edicts dating back to 273-236 BC. There is not much known about the history of this region of the period after the Ashoka edicts, except the fact that there was extensive trading with the Romans from this region. Chera was the first large empire that took roots in this state and continued to use Tamil till the 7th century as their administrative language. This shows the influence and power that Tamils exerted over this region. Cheras established a wide network of trade links not only with Indian businessmen but also with countries outside ranging from Sumatra to Cordoba. The Chera power declined in the 10th century AD, after Cholas, the rulers of Tamil Nadu, were successful in overthrowing the dynasty.

After the decline of Cholas in the 11th century, gradually political power in the state went into the hands of the Zamorins of Calicut. In 1496, Vasco da Gama became the first European to find a route to India through the sea and started a long-time fight for the power in this region between the Portuguese, British, and Dutch. This fight marginalized the local powers, though the Zamorins made a fight back in the early 17th century when they gained the external support from the Dutch and British in return for trading rights from Kerala.

For a brief period in the middle of 18th century AD, Travancore, with the help of petty kingdoms, tried to control the political power of Kerala. Haider Ali and Tipu Sultan also tried to annex the areas in the south of Travancore, but could not fulfill their dream as they were attacked by the British from the east and had to withdraw. The local chieftains in Kerala looked up to the British to save them from the wrath of Tipu and consequently the British took control of the forts previously held by Tipu. After Tipu's first defeat by the British, the Seringpatnam Treaty brought all the captured parts of Kerala directly under the British and Travancore and Kochi became princely states under the British.

With the Kerala trip guide, you can get more details about the fairs and festivals of the state. Onam is a time for sports and festivities and in Kerala-where one-third of the area is low lying, covered with canals, lakes, and backwaters-the people take to their boats and country crafts to celebrate.

Colorful aquatic festivals are organized along the sacred river Pampa. Depending on the positioning of the stars and the moon, the festival is held at the end of August or beginning of September.

The climate of the state, as in most of the other parts of India, is tropical. The summer comes to the state in April and continues for the next four months. The maximum temperature during this season is around 33°C. Monsoon touches the state in June and remains there till September though not much difference in temperature can be felt. Winter is from October to January and temperature drops a bit. The weather is never too chilly in Kerala. More information on the best time to visit in Kerala.

How to Reach Kerala

An extensive network of metaled roads connects most of the places in the state. National highways 47, 17, and 49 connect the state with other parts of the country.

Inland water navigation systems are available in many districts. Boats are extensively used to connect many places within the state. The state has major airports at Kochi and Vizhinjam. The minor ports in the state are Neendakara, Azheekkala, and Beypore.

The entire state of Kerala is a tourist destination and at every corner of this state, one can experience something new. It is not without any reason that the Keralites call their state the 'God's Own Country'. Backwaters, historical structures, culture, wildlife, and natural beauty, the state has all these and more.

The state has given great emphasis on eco-tourism and new experiments are being done to take tourism nearer to the general public. In this way too, the state is a pioneer in the state. 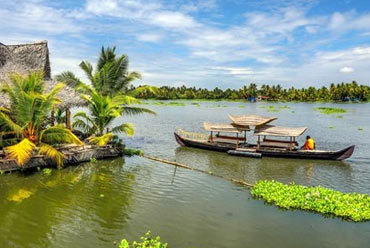 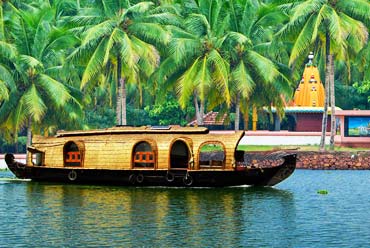