Onam is a time for sports, festivities, and ritual celebrations in Kerala. The Keralites celebrate this festival in memory of the golden era of King Mahabali whose spirit is said to visit the state at the time of Onam. Colorful aquatic festivals are organized along the sacred rive Pampa as part of the celebrations.

After three months of heavy rains, the sky becomes a clear blue and the forests a deep green. The brooks and streams come alive, spouting a gentle white foam, the lakes and rivers overflow and lotuses and lilies are in full bloom as if to welcome the spirit of the King. It is time to reap the harvest, to celebrate and to rejoice.

Time Of The Year

Depending on the positioning of the stars and the moon, the festival is held at the end of August or beginning of September, less than a fortnight after the Malayalam New Year, Chingam begins. This is the biggest festival of the southern Indian state of Kerala.

The celebrations begin within a fortnight of the Malayalam New Year and go on for ten days. The last day called the Thiruonam is the most important. All over the state, rituals along with new clothes, traditional cuisine, dance, and music mark this harvest festival.

In Trichur, a vibrant procession with resplendently caparisoned elephants is taken out while at Cheruthuruthy, people gather to watch Kathakali performers enact scenes from epics and folk tales. Pulikali, also known as Kaduvakali is a common sight during Onam season. Performers painted like tigers in bright yellow, red and black, dance to the beats of instruments like udukku and thakil.

At Aranmulla, where there is a temple dedicated to Lord Krishna and Arjuna, thousands of people gather on the banks of the river Pampa to witness the exciting snake boat races. Nearly 30 chundan vallams or snake boats participate in the festival. Singing traditional boat songs, the oarsmen, in white dhotis and turbans, splash their oars into the water to guide their boats to cruise along like a fish on the move. The golden lace at the head of the boat, the flag and the ornamental umbrella at the center make it a spectacular show of pageantry too.

Each snake boat belongs to a village along the banks of the river Pampa and is worshipped like a deity. Every year the boat is oiled mainly with fish oil, coconut shell, and carbon, mixed with eggs to keep the wood strong and the boat slippery in the water. The village carpenter carries out annual repairs lovingly and people take pride in their boat, which represents their village and is named after it.

The swing is another integral part of Onam, especially in the rural areas. Young men and women, decked in their best, sing Onappaattu, or Onam songs, and rock one another on swings slung from high branches.

One of the highlights of traditional Onam festivities is the aththa-poo, an auspicious floral decoration that is made in the compound of the house. Usually circular in shape, it is often multi-tiered, and up to four or five meters across. It is decorated with leaves, flowers and petals of different kinds. A flower is dedicated to each day of Onam, and predominates the decorations.

Though the snake boat races are purely for fun there are rituals connected to the snake boats. Tradition demands that a Nambudiri Brahmin be at the main rudder oar, which is about 12 feet long. There are four main oarsmen who control the movement of the boat. In the old days the villagers used to sit in the boat in order of their castes but today the order is changing though a certain pattern can still be distinguished. Everyone-the carpenter, the barber, the goldsmith, the blacksmith as well as the agricultural laborers-all have a place on the boat.

There are beautiful stories woven around this festival, which is over 500 years old. The first to find mention in Onam-related legends is that of King Mahabali. It is believed that the people of the region were extremely happy and content during his rule. So much so, that the gods got envious of him and asked Lord Vishnu to take away his kingdom. Lord Vishnu disguised as a Brahmin dwarf Vamana, asked the King for three steps of land, which he readily granted. Vishnu then shed his disguise and covered the earth and heaven in two steps. For the third, King Mahabali offered his head. However, before putting his foot on Mahabali's head, Lord Vishnu granted the King's last wish, that he be able to visit his kingdom once every year. It is to welcome Mahabali back to his kingdom that Onam is celebrated with such joy.

According to another tale, once many years ago, a boat named Palliodam floated down the river laden with food. All of sudden on a turning in the river, the oarsmen tried to move it but were unsuccessful. The spiritual head, Bhattathiripad, believing that it was a bad omen climbed up the riverbank. He saw a hut where a dim light was glowing. When he went towards it he found a poor widow weeping, a few children were sleeping around the kitchen floor. She told the Nambudiri that she had no food and that her children had gone to sleep hungry. The Nambudiri brought out food from the boat and gave it to the poor family. Since then it has become a tradition amongst the Nambudiris to feed one poor person before the Onam feast.

Another legend has it that once about 10 kilometers up the river Pampa from Aranmulla, the head of the Katoor Mana, a Nambudiri family, offered prayers and had a bath and waited to feed a poor man. After a long wait he began to pray to Lord Krishna. When he opened his eyes there stood before him a poor boy almost naked. The Nambudiri took him to the river, gave him a bath, a new set of clothes and a splendid meal. Much to the surprise of the Nambudiri, soon after eating the meal the boy disappeared. The search for the little boy led the Nambudiri to the Aranmulla Temple. But after a brief encounter the boy disappeared again. The Nambudiri thereafter brought the food to Aranmulla Temple every year during Onam.

Though every Malayali celebrates the Onam festival wherever in the world he may be, the celebrations of Onam in the towns and cities of Kerala like Thiruvananthpuram, Trichur, Kottayam are marvelous.

As Onam is a festival especially celebrated in the state of Kerala, the towns and cities of the states should be visited at the time of this festival. The traditional celebrations of Onam give an insight into the culture and beliefs of the people of Kerala. 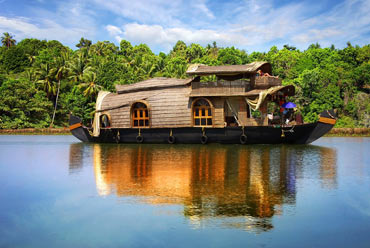 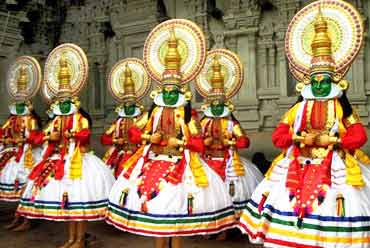 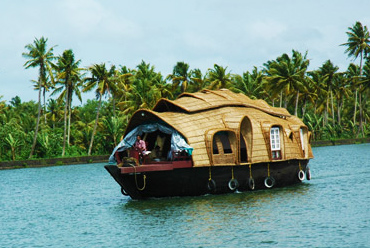