Calicut or Kozhikode is situated in the south Indian state of Kerala on the southwest coast of the Arabian Sea. The district extends from latitude 11°15' N to 75°49' E. Basking in the idyllic setting of the serene Arabian Sea on the west and mesmeric peaks of the Wayanad hills on the east, this district has all the required ingredients to fascinate a tourist.

There is not much known of the early history of Calicut except for some prehistoric rock-cut caves that have been found at many places of the district. During the Sangam age, the district was under the Chera administration until AD 1122. This was the time when this region was a major center of trade between Kerala and the outside world. The city of Calicut came into existence in the 13th century when Udaiyavar, the king of Ernad, conquered the area around Ponniankar and built a fort at a place called Velapuram, now known as Calicut. Interestingly, the name Calicut is derived from 'calico,' the fine variety of hand-woven cotton cloth said to have originated from this place.

The outer world came to know about India in 1498 when Vasco da Gama came to Calicut and obtained permission to carry out trade from here. Quickly in succession came the English and Dutch. Disputes over the control of Calicut continued for a long time until 1792, when the East India Company went into an agreement with the local Zamori rulers to directly administer this area. Kerala was declared a state in 1956, and Calicut today is one of the most important centers of trade and business in this progressive state.

Access through air is quite easy as Indian Airlines and Jet Air connect Calicut with the Gulf countries, Mumbai, Chennai, Coimbatore, Delhi, Kochi, Goa, and Tiruchirapalli.

Calicut is connected to all the major cities of India through rail link. The station is around 2 km south of Mananchira Square.

Kappad is the place where Vasco da Gama set foot for the first time when he came to India on May 27, 1498. There is a small stone monument at the beach to commemorate that event.

Pazhassirajah Museum is located on the East Hill. It is run by the State Archeological Department. Ancient mural paintings, antique bronzes, old coins, models of temples, and megalithic structures are on display here.

Situated next to Pazhassirajah Museum is an art gallery displaying paintings of Raja Ravi Varma.

Dolphin's Point is a good place to watch dolphins playing in the sea early in the morning. On this beach are also situated Calicut Town Center, Lions Club, and a lighthouse.

Two crumbling piers, more than hundred years old, stand out into sea at Kozhikode beach. The beach is easily accessible from the city and provides a good view of the setting sun. The place also has a Marine Life Aquarium open whole day.

The Science Planetarium at Jaffarkhan Colony is the best place to unravel the mysteries of universe and enlightens about the planets and stars.

The Science Center has an interesting array of games, puzzles, and scientific gadgetry, which can keep a person busy for the whole day. The planetarium and Science Center are in the same complex.

Mananchira, which was the palace tank of King Mana Vikrama, has been now turned into a traditional architectural splendor with carpeted green grass and surrounded by ethnic buildings. The place also has a musical fountain.

Beypore (11 km) is a small coastal town known for its shipbuilding industry for centuries. It is still a favorite destination to buy large boats.

Vadakara (48 km) is a commercial center of martial arts and the birthplace of Tacholi Othenan, a legendry hero of North Malabar.

Ninety-eight kilometers away from Calicut is Tellicherry and Sultan Battery famous for their breathtaking scenery.

Thusharagiri is famous for its waterfalls and lush green forests. It is at a distance of 11 km from Kodenchery, a place abounding in rubber plantations, coconut, pepper, ginger, and spices of all sorts.

There is a dam at Kakkayam, located around 45 km from Calicut. The place offers challenging trekking and rock-climbing through river path and numerous waterfalls.

There is another dam at Peruvannamoozhy, 60 km from Calicut. It is a place of beauty, calm, and serenity. The place has a crocodile farm run by the state forest department.

Kadalundi Bird Sanctuary (25 km) is a heaven for migratory birds. Terns, gulls, herons, sandpipers, whimbrels, and other migratory birds flock the place from the month of November and returns only by the end of April. The ideal season to visit is from December to April in the early hours of the day.

Other places worth visiting are Velleri Mala, a beautiful location for trekking and Velliyamkallu. 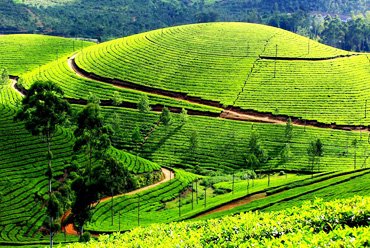 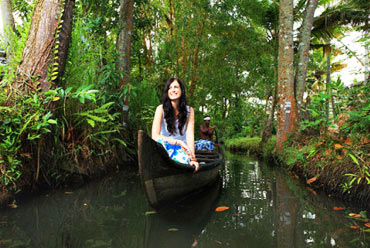 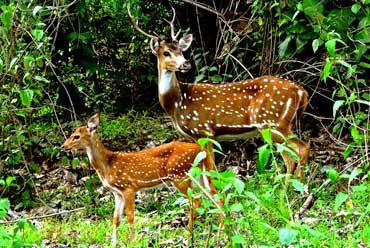 Sightseeing & Things To Do in Calicut 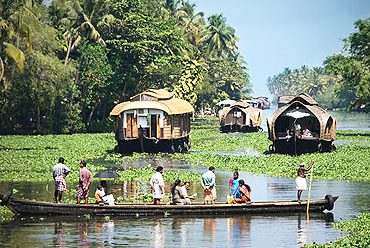 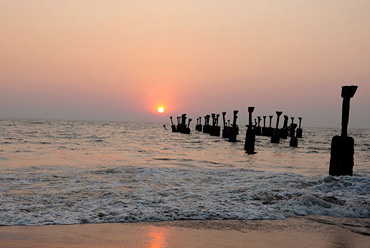 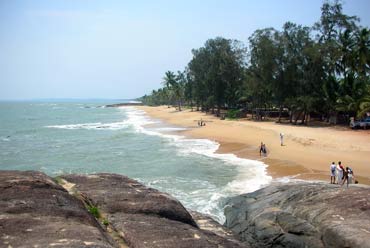