Situated at an altitude of 4300 m above sea level, Chandratal Lake in Himachal Pradesh is a true camper’s paradise. Being surrounded by mountains and rocky terrains, the mystical lake resembles a lot to the Pangong Lake in Ladakh. It is the source of river Chandra that flows in the upper regions of the state and is 7 km away from the Kunzum Pass in Spiti. This makes Spiti the nearest checkpoint to reach Chandratal.

It is said that the lake was discovered by nomads who were traveling from Ladakh and Tibet to the valleys of Spiti and Kullu.  There is also one interesting legend associated with Chandratal. As per Hindu mythology, the lake is the spot from where King Yudhistra, the eldest of the Pandavas was picked up by the chariot of Lord Indra during their quest to the Himalayas.

In the modern times, the beautiful lake is traveled a lot by the toughest of the adventure enthusiasts. The trek from Kunzum La is itself a difficult one. With this one can make an idea about the challenging weather conditions the region faces every year. The high altitude and closeness to the greater Himalayas gives travelers only a short window to make their visit to Chandratal (only summers). During that time, the meadows of this immensely blue colored lake gets completely covered with wildflowers. This flowery carpet along with panoramic mountains in the backdrop and the blue patch of the lake gives a picture perfect impression. Setting up camps at such a location makes you a part of the true Himalayan nature, which is seldom experienced at the mainstream locations of Himachal Pradesh.

The high altitude Chandratal lake is situated in the Spiti part of Himachal Pradesh. Thus, to reach this paradise, one has to travel first travel to the Spiti valley, and then trek to the lake, which goes through the Kunzum La.

Following are the ways to make it to Spiti in Himachal Pradesh:

By Air: If you want to travel to Spiti, the maximum you can get close to the valley via air is till Kullu. Kullu’s Bhuntar airport is 54 kms away from Spiti. Once there, you can make use of the bus service or hire a cab for your onward journey to the valley.

By Train: Train travelers have to make the entry from a different location. Closest railway station to Spiti valley is at Shimla. Shimal railhead connects various parts of Himachal Pradesh and India. However, tourists can also make use of the Chandigarh railway station(330 km away) as it has a wider rail network and is well connected from the metropolitans and major cities of India.

By Road: As there is no direct access to Spiti valley via train and flights, travelling via road is by far the best mean to explore Himachal Pradesh. Himachal State Transport runs regular bus services to Spiti from the various parts of the state. Tourists can also hire taxis or cabs to make it to their destination.

Harsh topography of the Spiti valley limits travelers to make their excursion plans in the summer months. Owing to its high alitudes, the region stays frozen for nearly all the months in the winters. This makes the summers (late May to October) the only yet perfect time to visit the Spiti area. However, temperatures even during that time of the year stays relatively low. Thus, it is advised to be packed with sufficient woolen clothes.

Moreover, the weather here is slightly unpredictable, so it is best to know about the weather conditions before starting with the trek to Chandratal Lake.

Chandratal Lake is the main camping site in Spiti valley. Travelers have a multitude of camping options to choose from. Some camps offer further excursion trips, while others stick to the site and let you enjoy the leisure vacation.

Caamping at Chandratal Lake opens many opportunities to enjoy the best Himalayan nature. The breathtaking location is gateway to many high altitude treks. Thus, if you have some more days to holiday, you can go on the trek to Baralachala. The trek certainly is little challenging and is filled with many surprises of the Himalayan nature. Besides, campers at Chandratal can always get acquainted with the nearby villages. 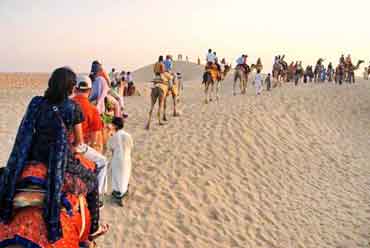 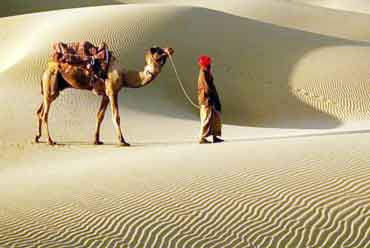 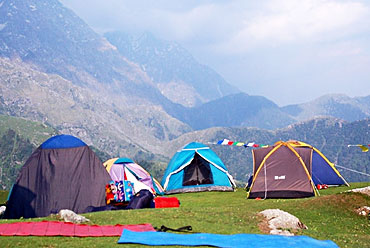 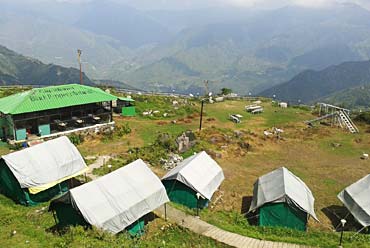 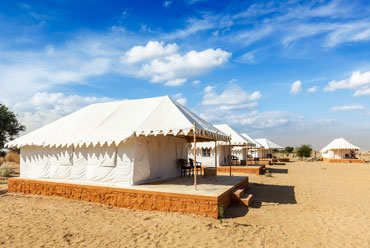 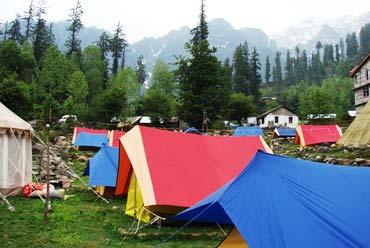 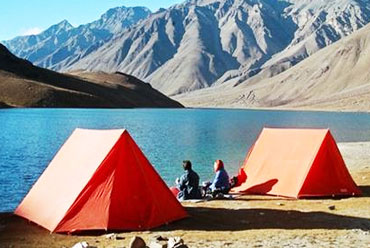