Kufri is a tiny hill station located near Shimla. It is famous for its trekking and hiking trails. Adventure-seeking travelers throng Kufri in winters to enjoy skiing and tobogganing along its snow-covered slopes. Kufri is also famous for its nature parks and picnic spots. Kufri's proximity to the hill station of Shimla makes it an important place to visit.

Kufri is located in the southern part of the state of Himachal Pradesh, in the northern region of India. It is perched at an altitude of 2,510 m above sea level amongst the foothills of the Himalayas. It is 13 km from Shimla. The weather in Kufri is alpine. Summers (April-June) are mild while winters (November-February) are cold. It experiences southwestern monsoon rains in July-September. It experiences heavy snowfall in December-January.

The best time to visit Kufri is in summers, between April and June. However, one may also the place between December and February to enjoy snowfall and skiing.

The region around Shimla including Kufri was once a part of the Kingdom of Nepal. This region remained obscure from the rest of the world until the British 'discovered' it in 1819. The British made Shimla their summer capital in 1864 and it remained so until 1939. As Shimla gained importance, Kufri also began to be recognized as an important place to visit near Shimla.

Kufri is a tiny hill station. It is famous for its beautiful environs and the cool refreshing atmosphere that pervades it. In summers, travelers can enjoy the panoramic view of the surrounding verdant valleys and snow-capped peaks. There are a number of picnic spots, hiking and trekking trails in and around Kufri. Travelers can explore Kufri and its surrounding areas also on horseback. They can hike through thick forest around Kufri to the Mahasu Peak. The other places to visit in Kufri are the Himalayan Nature Park, which has a collection of animals and birds found only in Himachal Pradesh, and the Indira Tourist Park, which is near the Himalayan Nature Park and provides panoramic view of the locations around Kufri. In winters, the snow-covered slopes of Kufri come alive with skiers and other visitors.

Shimla, the capital city of the state of Himachal Pradesh is only 13 km from Kufri. It is an important destination on the tourist map of India. The British developed Shimla as an important hill station and the summer capital of India to escape from the heat of Delhi. This sprawling hill station set amongst the picturesque Shivalik range and Shimla hills has a number of tourist spots and important temples, apart from its beautiful natural surroundings. Travelers visiting Kufri generally travel via Shimla. Fagu, which is 6 km from Kufri, is an interesting picnic spot set amongst forests and orchards.

A winter sports festival is organized every year in the month of February in Kufri. Skiing enthusiasts and adventure seekers participate in this festival.

By Road - Kufri does not have an airport or a railway station. However, Kufri is linked with Shimla, Narkanda, and Rampur by road. Travelers can also hire taxis from Shimla to reach Kufri. The area around Kufri can be explored on horseback. We would provide you all India tourist permit vehicles for the local transportations and also for the intercity drives too. 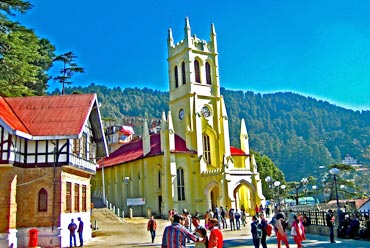 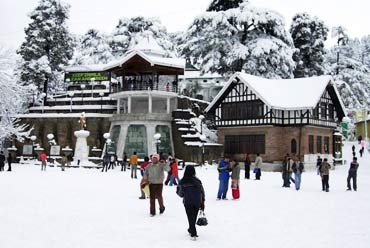 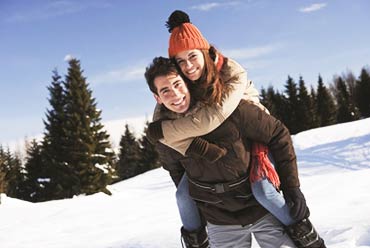 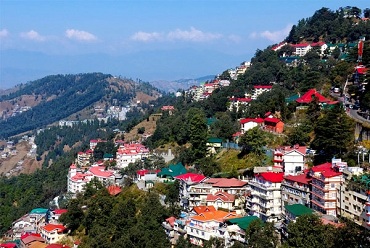