The Garhwal Himalayas have been blessed with some of the holiest Hindu pilgrimage sites and Yamunotri is one such. One of the Char Dhams according to Hindu mythology, Yamunotri is the origin of the sacred river Yamuna. Famous for its thermal springs and glaciers, it is one of the most important stopovers on the itinerary of the Hindu pilgrim. According to an old legend, Asit Muni, the revered sage, used to reside here.

Perched at an altitude of 3293 meters above sea level, Yamunotri is located in the Uttarkashi district of the northern state of Uttar Pradesh. It is very close to the Indo-Chinese border and is surrounded by the Himalayan offshoots on all sides. Yamunotri, lies near the Bandarpunch Mountain, which is 6315 m high and lies to the north. The glacial lake of Saptarishi Kund, on the Kalind Parbat, at an altitude of 4421 m, is the real source of the Yamuna River. Yamunotri is at a distance of 278 km from Dehradun, 236 km from Rishikesh, 176 km from Chamba, and 21 km from Sanya Chatti.

It remains cool even during summers. The winters are snow-bound and temperatures fall below 0°C. One is advised to carry light or heavy woolens depending on the time of visit.

The Yamunotri Temple is the major attraction of this site. Maharani Gularia of Jaipur built the temple in the 19th century. It was destroyed by a major earthquake in 1923, and was subsequently rebuilt. It was once again damaged in 1982. It is located at a height of 3030 meters, about 6 km below the glacier. The temple is dedicated to the river Yamuna, who is represented in the form of a silver idol, bedecked with garlands. According to legend, Yamuna is the daughter of Surya, the sun God, and Sangya, the Goddess of consciousness. Yamuna is also the sister of Yama, the God of death, and so anyone bathing in the waters of the river is spared of a painful death. The hot water pool here is used to prepare the prasad or holy offerings to the deity, which is normally rice and potatoes, cooked by dipping into the hot water tied in cloth bags. Surya Kund is known for its thermal springs. The temperature here is as high as 190°F. Divya Shilla is a rock pillar that is worshipped by the pilgrims before they enter the Yamunotri temple.

Janki Chatti is at a distance of 7 km from Yamunotri. It is well known for its thermal springs. It provides accommodation facilities for tourists.

From Janki Chatti, one can reach Kharsali, 1 km away, which is the last village in the region. It has a three-storied temple and has carved stones on the walls. It is a Shiva temple dedicated to the Lord in the form of Someshwar, the God of the intoxicant Soma. The intricate woodwork here is also noteworthy.

Saptarishi Kund is at a distance of 10 km from Yamunotri and is the actual source of the river. This lake is generally covered with ice. The place is known for the rare Brahma lotus, which grows here. It is a beautiful picnic spot as well. Badkot is a small hamlet, 49 km from Yamunotri. It has an ancient temple and can provide good facilities to the traveler.Hanuman Chatti is at a distance of 13 km from Yamunotri. It is located at the confluence of the Hanuman Ganga and Yamuna rivers and the trekking route to Dodi Tal starts here. Accommodation is available here as well.

Yamunotri is famous for its trekking routes. The trek route from Hanuman Chatti to Yamunotri is 14 km and takes about 5 hours. It is a picturesque route through the countryside following the river track.

The Dodi Tal track, which links Gangotri and Yamunotri, is a famous trek route. It starts from Kalyani, en route Gangotri from Uttar Kashi. It then goes on to Agoda, Dodi Tal (3024 m), Darwa Top (4130 m), Shima and finally Hanuman Chatti. The entire route is about 60 km long and takes about four days to complete. There is another trek from Hanuman Chatti to Phul Chatti and from Janki Chatti to Kharsali.

By Road - There is no straight route to Yamunotri. One can reach Hanuman Chatti by bus from Rishikesh, Mussourie, Uttarkashi, Gangotri, Badkot, Haridwar and Dehradun. From there, one has to either trek a distance of 14 km or use ponies and palanquins, which are available on hire. The road from Dehradun to Hanuman Chatti is quite picturesque and one passes through the Kempti Falls and Mussourie en route.

By Rail - The nearest railheads are at Rishikesh, at a distance of 222 km via Narendranagar and Haridwar. The nearest airport is Jolly Grant, about 70 km from Yamunotri. We would provide you all India tourist permit vehicles for the local transportations and also for the intercity drives too. 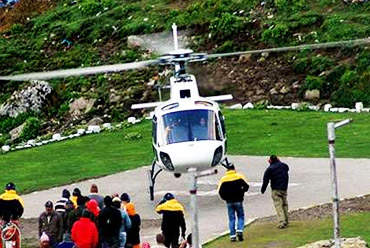 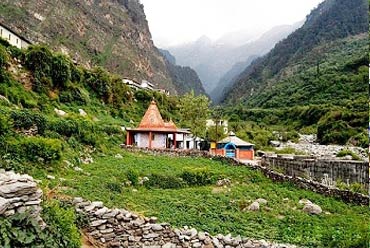 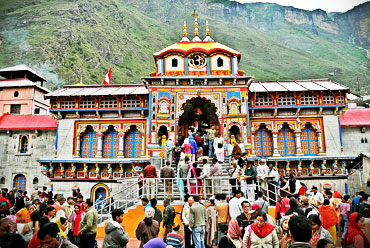 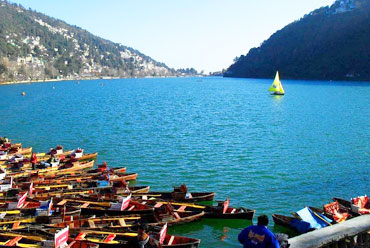 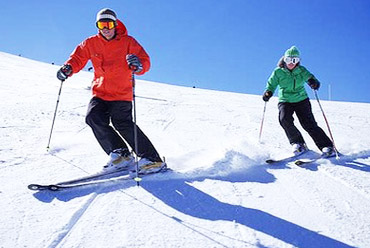 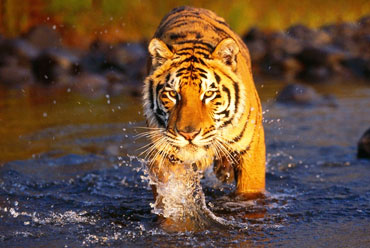 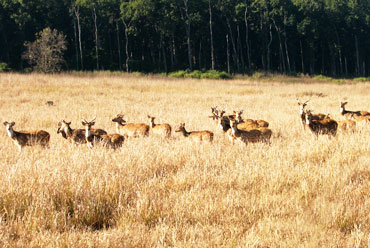 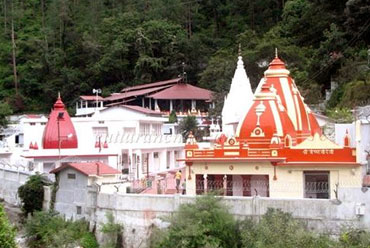 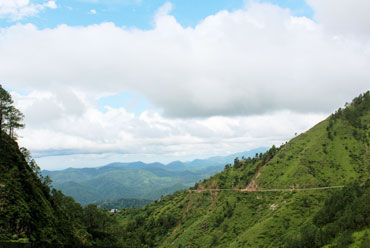 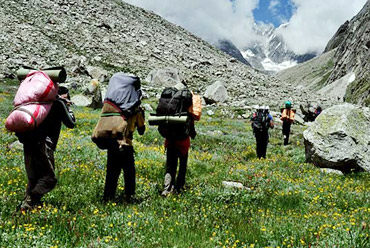 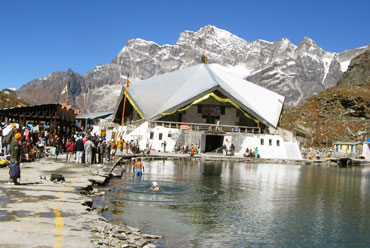 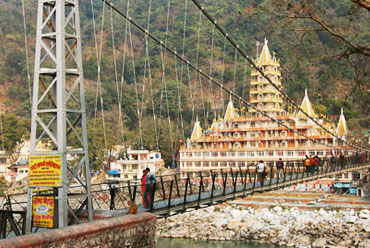 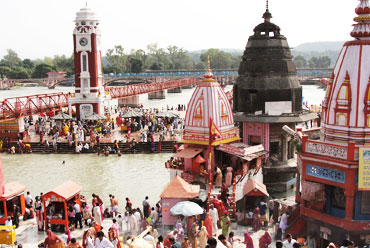 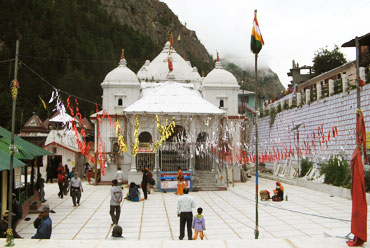 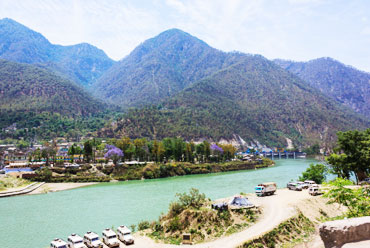 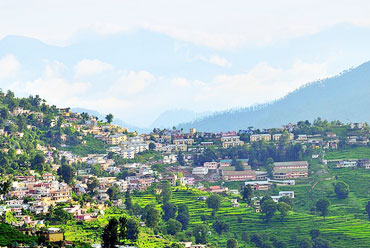 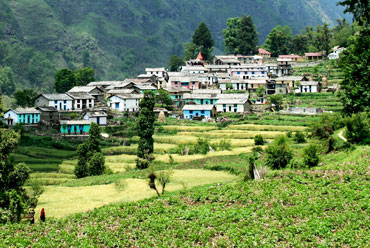 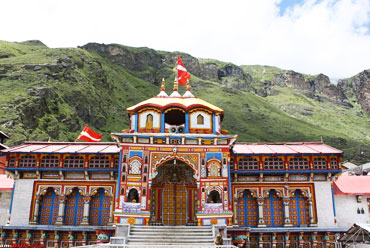 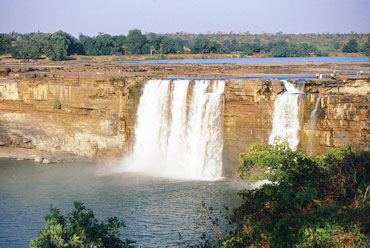 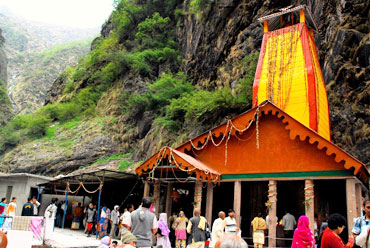 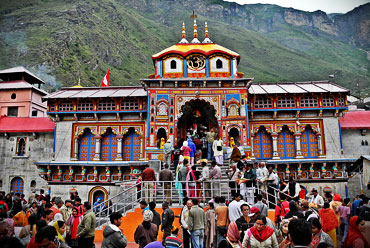 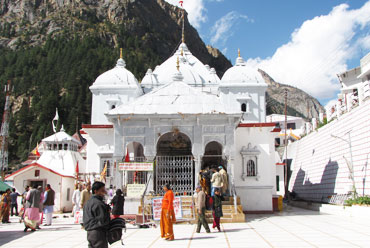 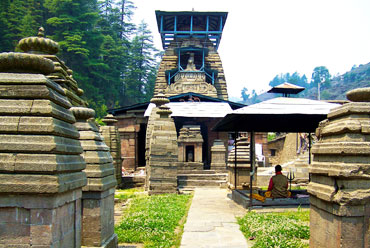 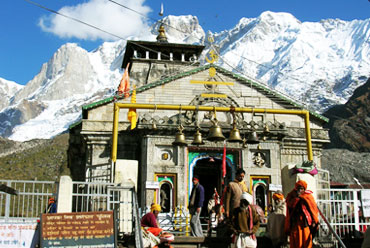