Kanchipuram is one of the most sacred Hindu pilgrimage sites in India and the seat of the Shankaracharya. The temple city of Kanchipuram extends from latitude 12° 50' in the north to longitude 79° 45' in the east. The city is situated around 70 km from Chennai in the south Indian state of Tamil Nadu.

Kanchipuram or the Golden City of Temples is one of the most important centers of Hindu religion and also one of the most picturesque. The place is one of India's seven sacred cities and the second holiest after Varanasi.

The city was once the capital of the Pallavas, Cholas, and the Vijayanagar rulers. It was under the Pallavas from 6th to 8th century AD but, during that period, was also briefly occupied by the Chalukyas, and the Rashtrakutas. Many of the temples situated here are the work of the Pallavas and later Cholas.

The remains of a few Buddhist stupas are indication that Buddhism also prevailed here for a little while. One of the four seats of Sri Adi Shankaracharya (a great Hindu sage), the Kanchi Kamakotti Peetham is situated here. It has been a center for Tamil learning and culture for centuries and presents the glorious Dravidian heritage of the Vaishnavites (worshippers of Vishnu) and Shaivites (worshippers of Shiva).

There are fairs and festivals all round the year at Kanchipuram. Some important festivals include the Brahmothsavam, Garudothsavam, and Car (rath) festivals, which are held in the months of January, April, and May respectively.

The climate of Kanchipuram is tropical with an almost uniform temperature throughout the year. During summers, the temperature ranges between 36.6°C and 21.1°C. Winter months are slightly colder and the temperatures remain between 28.7°C and 19.8°C. The average annual rainfall in the city is 87 cm.

How to Reach Kanchipuram

Chennai is the nearest airport to Kanchipuram. One can take flights for most of the important Indian cities and important cities abroad from Chennai.

Trains for Kanchipuram are available from Chennai, Chengalpattu, Tirupati, and Bangalore.

Kanchipuram is 75 km away from Chennai and is well connected by a network of roads. We would provide you all India tourist permit vehicles for the local transportations and also for the intercity drives too.

The Ekambaranathar Temple in the city was built by the Pallavas and was later reconstructed by the Chola and Vijayanagar kings. Shiva is worshiped here as Prithvi (earth), one of the five basic elements of the physical world. The dimensions of the temple are reflected in its 20-acre spread and its tall south Gopuram, which soars to a height of 58.5 m. The temple has 11 stories and one of the tallest temple towers in South India. The structure is decorated with beautiful sculptures.

The Vaikunta Perumal Temple dates back to the 8th century and was built by Nandivarma Pallava. Battle scenes depicting Pallava valor are carved on the panels surrounding the main parikrama of this Vaishnavite temple.

The Varadaraja Temple is dedicated to Lord Vishnu who is worshipped as Devarajaswamy here. This temple, which has a 100-pillared hall, was built by the Vijayanagar kings and displays the mastery of their artists. Among the best pieces are the severed halves of a large chain carved out of a single stone, and the figures of the God of Love and his consort astride a swan and a parrot respectively.

The Kailasanathar Temple was constructed by the Pallava kings in the 8th century AD and has an attractive panel depicting Shiva and Parvati in the midst of one of their innumerable dance competitions. The architecture of this temple resembles the Shore Temple at Mahabalipuram.

The Kamakshi Amman Temple has an imposing structure and is dedicated to goddess Parvati in her incarnation as Kamakshi, the goddess of Love.

Tiruttani near Kanchipuram is one of the six abodes of Lord Subramanya. Situated on a hilltop, the temple is accessible by road as well as by train. 365 steps, which represent the days of the year, lead to the hill. Tiruttani is said to be the place where the Lord married Valli-one of his two consorts. The Karthigai festival, which falls in December, is also celebrated with great pomp here.

Sriperumbudur is 29 km from Chennai on the way to Kanchipuram. It is the birthplace of Saint Ramanujar, the father of the Vishishtadvaita philosophy of Vaishnavism and hence an important pilgrim center for the Vaishnavites. This is also the place where Rajiv Gandhi, former Prime Minister of India, was killed in a bomb blast during a public meeting in 1991.

Vedanthangal Bird Sanctuary (60 km from Kanchi) has come up around a village tank, which is surrounded by a grove of trees. Migratory birds like the sandpiper, white ibis, spoonbill, swan and gray wagtail etc. can be spotted here. There is also a sizeable population of resident breeding water birds. The period between October-February is the best time to visit Vedanthangal.

The Elagiri Hill is an isolated, attractive picnic spot in the Eastern Ghats at an elevation of about 1000 m. The salubrious climate, scenic surroundings and a quaint Murugan temple add to the beauty of the place. 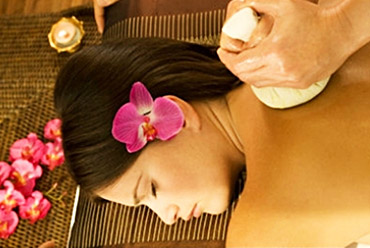 Sightseeing & Things To Do in Kanchipuram 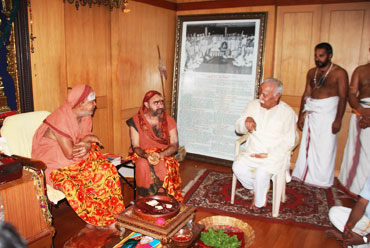