The romantic city of Shillong is one of the important tourist destinations in the northeast. It is often referred to as the "Scotland of the East" due to its striking similarity with the Scottish highlands. The city derives its name from "Leishyllong"-the Superpower or God who is believed to reside on the Shillong peak, overlooking the city. Lying in the cradle of the tall pine conifers and pineapple shrubs, Shillong's undulating terrain is a constant source of attraction for tourists from both home and abroad. The Khasi, Jaintia and Garo tribes add color to this hilly city.

The capital of Meghalaya, Shillong lies on the eastern part of the state. Perched at an altitude of 1,520 meters (4,990 feet) above sea level, the city stretches for about 6 km on an elevated tract. It is situated on a plateau bound on the north by the Umiam gorge, on the northwest by the great mass of the Diengiei Hills that rise up to a height of 1,823 meters (6077 ft.) above sea level, and on the northeast by the hills of the Assam valley. The Umshyrpi and the Umkhra rivers, which finally merge and form the Umiam River, water it. Shillong is at distance of 104 km from Guwahati, 295 km from Kaziranga, 578 km from Siliguri and 658 km from Darjeeling. The climate is hot and humid during summers. The monsoons arrive in June and it rains almost until the end of August. It is quite cold during winters

Shillong was a small village until 1864, when it became the new civil station of the Khasi and Jaintia hills. It remained the summer capital of Eastern Bengal and Assam for many years. In 1874, on the formation of Assam as a Chief Commissioner's Province, it was chosen as the capital of the new administration. An earthquake destroyed the city in 1897, necessitating its complete rebuilding. In January 1972, Shillong became the capital of the newly formed state of Meghalaya.

Shillong is blessed with a pleasant climate all throughout the year and thus it can be visited all around the year. The months of March and April bring in summers but the weather is quite nice. There is no excessive heat and the summers are mainly mild, with temperatures ranging between 24°C to and 15°C. The time is ideal for sightseeing and other activities.

Rainfall in the months from June to September ranges from average to heavy. This is time when the waterfalls look even more stunning and Shillong look even greener.  The month of July is the wettest month. Though sightseeing is slightly difficult at the time but the hotels offer great deals.

The rains stop in October and the weather starts become cold. November marks the starting of the winter season in Shillong. In the winters, temperatures go down as low as 2°C. If you love winter chill, this is the place to be for both honeymooners as well as leisure vacationers. Pack enough woolens as the nights become quite cold.

The nearest airport and railhead is Guwahati in Assam.

The Guwahati-Shillong Road connects the two cities. Pineapple plantations and pine trees on both sides line the road. There are buses every half an hour to Guwahati. Taxi services (Ph. 223895) are also available at cheap rates.

About 56 km from Shillong is Cherrapunji village (East Khasi Hills district), now called Sohra. Located on the Shillong plateau about 55 km southwest of Shillong, Cherrapunji and Mausynram (another village nearby) are reputed to be the wettest places in the world. The heavy rains here often swell the waters of the Nohsngithiang waterfall. The town is famous for its limestone caves and orange honey. It has the oldest Presbyterian Church. Krem Mawmluh is a 4.5-km-long cave near Cherrapunji.

A little further down the road to limestone caves, there is a graveyard where British missionaries and their close relatives lie buried. The visitors are awed by a series of giant pillars or megaliths that have been erected near a stream. Such megaliths are to be seen in different parts of the Khasi and Jaintia Hills and are usually erected to commemorate great deeds or to honor dead chieftains. Accommodation is available at the Circuit House.

The summer capital of the Jaintia kings, Nartiang, is about 65 km east of Shillong. There is a park of megaliths, some of which are as high as 8. A 500-year-old temple of Durga is another attraction at Nartiang.

En route Nartiang, 64 km from Shillong, is the small lake of Thadlaskein. It is a beautiful picnic spot.

About 13 km from Shillong is the village of Nongkrem. It is the seat of the Syiem of Nongkrem, whose estate extends up to Shillong. The traditional Nongkrem Dance festival is held here around autumn and draws large crowds of visitors.

Sixty-four kilometers from Shillong is Jakrem, a popular health resort having hot springs of sulfur water, believed to have curative medicinal properties. Dawki, a border town, 96 km from Shillong, provides a glimpse of Bangladesh. The colorful annual boat race during spring at the Umgot River is an added attraction. At a distance of 140 km from Shillong is Ranikor, an angler's paradise containing a huge population of carp and mahseers.

Jowai is a popular and prosperous town situated on a beautiful plateau 1,500 m above sea level. Three sides of this plateau slope sharply down to the Hai River and contiguous areas are rich in coal deposits. It is also an important station on the route to Silchar and Agartala.

Sightseeing & Things To Do in Shillong 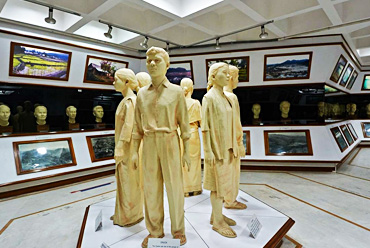 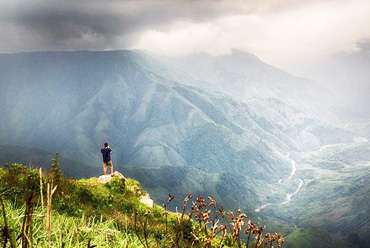 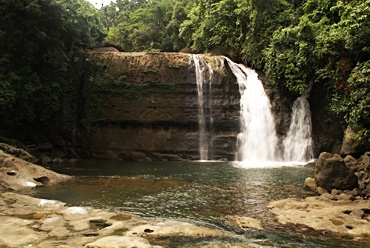 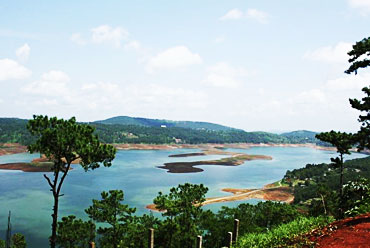 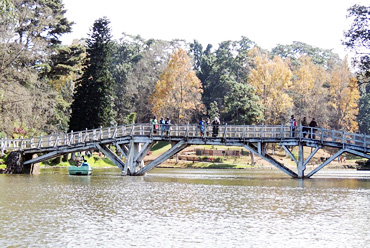 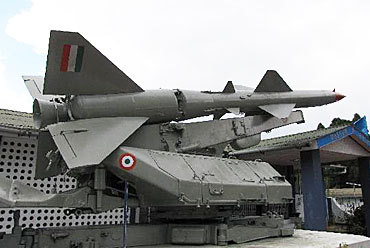 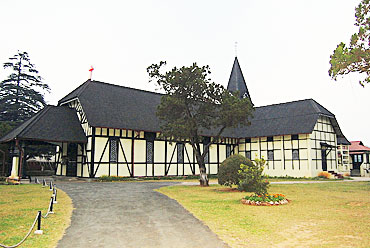 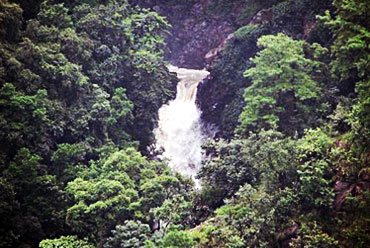