Situated in the Western Ghats of Karnataka, Mangalore is one of the important centers of exporting coffee and cashew nut. It is a hilly city with winding disoriented streets located some 357 km away from the city Bangalore.

This city is said to have been named after the famous Mangaladevi Temple. This temple, also a tourist spot, is situated 3 km away from main city area. This temple was built by the Ballal family of Attavar in memory of a princess of Kerala. Not much history could be found about this area though the local museum would be a right place to go for the history of this place.

Dussehra and Sri Krishna Janmashtami are two of the festivals that are celebrated with notable festivity and enthusiasm. Sri Krishna Janmashtami witnesses the exuberant enactment of the God's childhood endeavors to steal butter and curd from earthen pots beyond his reach. A matka or pot containing these is suspended high above the ground and groups of young men and children form human pyramids to try and reach the pot and eventually break it.

Tiger Dance is a unique form of folk dance in Dakshina Kannada that fascinates the young and the old alike. Since tiger is considered as the favored carrier of Goddess Sharada (the deity in whose honor Dussehra is celebrated), this dance is performed during the Dussehra celebration. It is also performed during other festivals like Krishna Janmashtami.

Aati festival is also one of the festivals especially celebrated in Mangalore. Aatikalañja is a ritualistic folk dance performed by the Nalke community. Kalañja is the name of a minor spirit who is in charge of the protection of the village folk during the month of July-August rainy season. And that was Aati (Tulu for the month of Aashadha), wherein, according to the Hindu almanac, nature was at her vicious best. Aati commences from July 17 and runs up to August 15.

Along with the other Hindu festivals, Ganesh Puja and Navaratri are also celebrated here.

Being in the tropical region of the country, it has a languid tropical atmosphere, hot and humid during summer and comfortably cold during winter season. Winter is the best time to visit this place as the humidity during summer makes traveling uncomfortable.

Mangalore city is accessible by almost all the transportation systems. The airport is 20 km from the city center. One can take the locally available road transport medium to reach the airport to catch a flight.

The Mangalore train station is on the southern fringe of the city center. However, some of the trains stop at the Kankanadi Station situated 5 km east of the Mangalore main city.

The state transport system is well maintained in the city, which connects it with the nearby places of importance. Numbers of auto-rickshaws are also available in the main city area.

Sultan Battery is situated in Boloor 4 km away from Mangalore City. It was built in Black stones by Tipu Sultan to prevent warships to enter Gurupur river. Now the remaining part of the fort is called as Tipu's Well. It is today a deserted spot but its construction is bafflingly exquisite. Although it is a watchtower, it gives the impression of a miniature fortress with its arrangements for mounting cannons all round.

Kadri is another ancient historic spot in Mangalore. The Kadri Temple dating back to about 1068 A.D. with its nine tanks, its square temple, nestling at the foot of the highest hill, draws to Mangalore hundreds of visitors annually. The Lokeshwara bronze statue of the Kadri Manjunatha Temple is tipped to be the best bronze statue in India. On top of the hill King Kundavarma Bhupendra built a mutt, which came to be called 'Jogimutt'. There are some stone caves on top of the hill, which are known as the caves of the Pandavas.

St. Aloysius Church is situated 1 km away from the city's main center. The walls of the church are covered with the paintings of the artist Antony Moshaini of Italy. The church was built in the year 1899-1900. St. Aloysius College Chapel, an architectural gem, comparable with the Sistine chapel in Rome, is situated on lighthouse hill. The special beauty of the chapel is the wonderful series of paintings that virtually cover every inch of the interior roof and walls.

Shri Sharavu Mahaganapathi Temple of Mangalore is known as a pilgrim center and boasts of many sacred temples like Sharavu, Kadri, Mangaladevi, and Kudroli etc. Out of these Sri Sharavu Sharabeshwara - Sri Mahaganapathi Kshetra is an outstanding, pious center of great illustrious history of marathon 800 years.

Kudroli Gokarnath Temple is situated 3 km away from main city area. Recently, this temple has been renovated and now it is one of the tourist attraction places in Mangalore.

Dharmastala, situated 75 km east of Mangalore, has a number of Jain bastis including the famous Manjunatha Temple. There's also a 14-m-high Bahubali statue, which was erected in 1973. There is also a museum visiting which will give the visitor some idea of the place. Situated approximately 50 km northeast of Mangalore city is the Venur town. This small town is famous for its eight Jain bastis and the ruins of the Mahadeva temple. An 11-m-high Bahubali statue dating back to 1604 stands on the southern bank of the Gurupur River. Mudabidri has 18 Jain bastis. Situated 35 km northeast of Mangalore, this place is famous for its 15th-century Chandranatha temple, known colloquially as the 1000-pillar hall. Situated 20 km north of Mudabidri is Karkal, famous for its several important temples and a 13 km high Bahubali statue. The Bahubali statue is said to have been completed in the year 1432. The statue is on a small serene hillock on the outskirts of the town. One can get a good view of the Western Ghats from here. 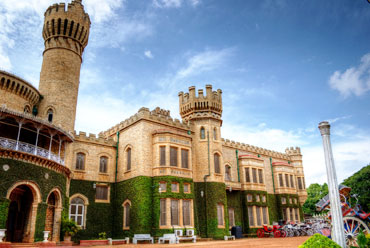 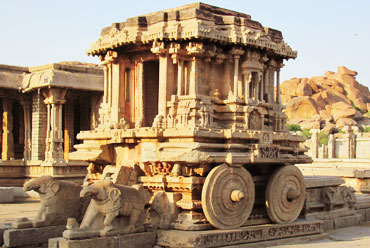 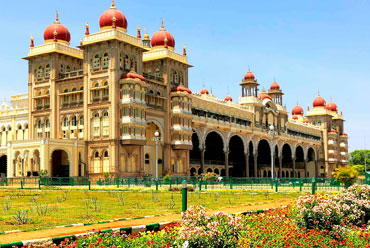 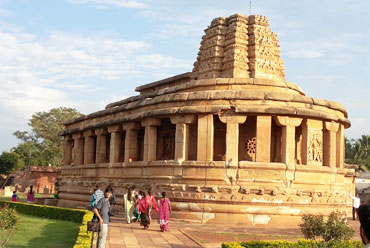 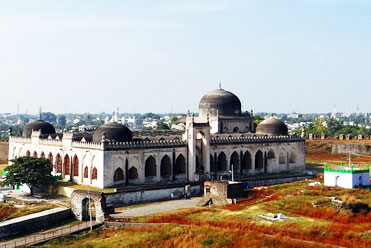 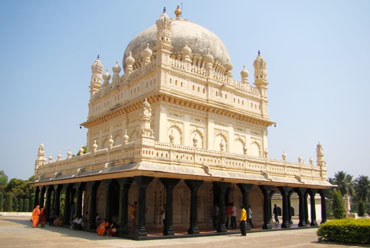 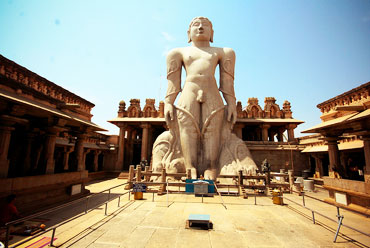 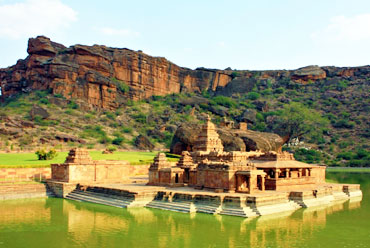 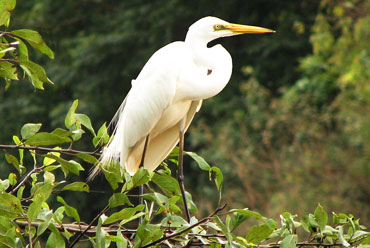 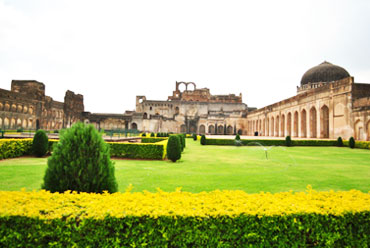 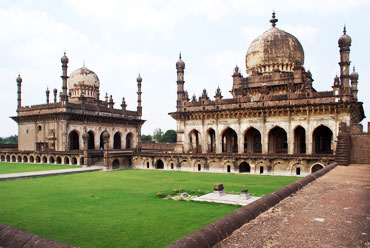 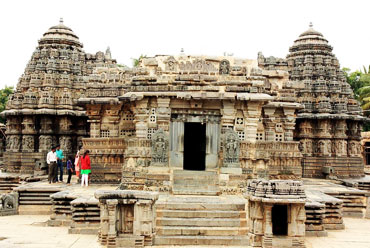 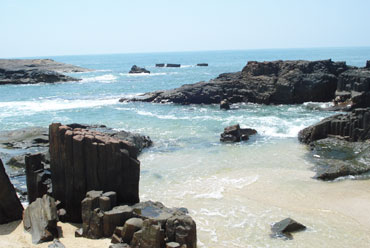 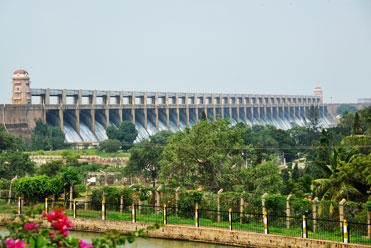 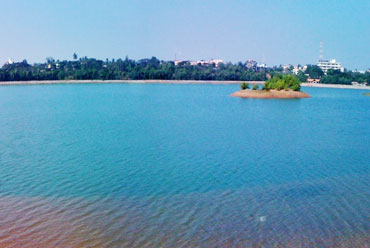 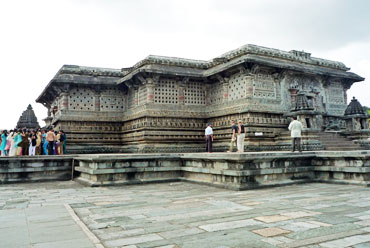 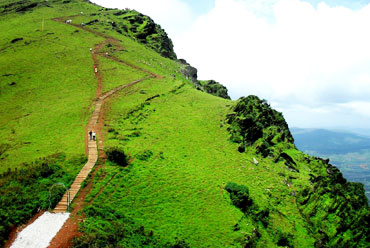 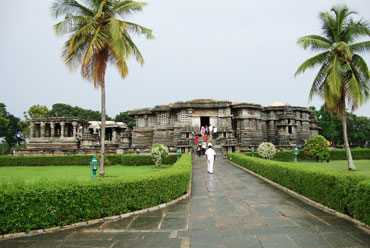 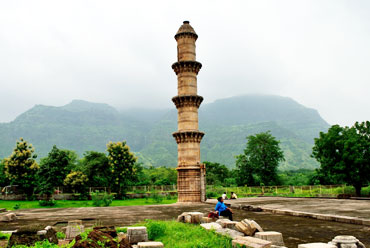