Wanting to get away from it all is common enough but more often than not 'it all' follows one to the very place one seeks refuge in. This is particularly true of hill stations where the attraction lies to a large extent in the beautiful natural surroundings. But more significantly it is for the silence, serenity and solitude that hill stations offer that they are places of retreat and get away from the crowds and confusion of a city. Today, few such remain. Commercialism and hard sell having eroded all but the natural beauty, at times sparing not even that.

Among the few exceptional hill resorts in India, is Pachmarhi is Madhya Pradesh. It is not on the usual beat of hill station buffs and therefore, not over-developed. Though considered a hill station, it does not offer the predictable mountain fare of awesome heights and spectacular scenery, for the Satpuras are low lying weathered hills. Pachmarhi's appeal is low key. Peace, seclusion and a quiet unobtrusive beauty are its prime attractions.

A derelict church and houses with a perceptible colonial ambience are vestiges of the British Raj. It was in fact Colonel Forsyth, a Bengal Lancer, who discovered Pachmarhi in 1857, and the point where he first sighted and fell in love with the area was named after him and earlier called Forsyth Point. Today this has been renamed Priyadarshini Point. This enthralling feeling of Forsyth was echoed by other Englishmen who, finding the town pleasant throughout the year, settled here and developed Pachmarhi into a cantonment which it still is today. Development has come by way of government aided projects which are geared more towards cottage industries.

Tribal Life - One can easily encounter the tribals, the Gonds and the Korkus, busy gathering firewood. These are the native in-habitants of the area who live in small huts or in almost primeval rock shelters. They are a happy people content with a simple lifestyle, fond of song, dance and the local brew mahua. Their distinct lifestyle manifests itself in a number of quaint customs like the memorial blocks they carve for their dead which are rather like wooden slates, each with a figure carved in relief representing the dead person riding a horse. This is surprising because horses are hardly visible in the area. Perhaps the horses signify a journey to the other world.

Pachmarhi is a place for walks, along the short or long chakkars, along the predictable way or along lesser known routes where one can come across rock shelters such as those in the Maradeo hill covered with paintings depicting warfare, food gathering and hunting, some dating as far back as 1000 BC. Walks take one through forests and meadows, to hill tops such as Dhoopgarh, the highest point in the Satpuras where the sunsets are quite spectacular, or down gorges and valleys where water and shade have led to a luxuriant growth of vegetation in every conceivable shade of green. Few sounds are heard other than the chirping of birds or that of water trickling, flowing or thunderously cascading into falls that end in large azure pools.

The Apsara Vihar or Fairy Pool, is perhaps the most beautiful of pools in Pachmarhi. The descent is easy, the location ideal for a picnic and the pool shallow enough for a paddle. Some distance away the Rajat Parbat or the Big Falls, true to their name gush down from a height of over three hundred feet. Close to the Ramaya Kund, or Irene Pool, are the Duchess Falls, ideal for swimming. These are not quite so spectacular but the setting makes them one of Pachmarhi's most beautiful and picturesque waterfalls.

Perhaps the beauty and seclusion led people to believe that Pachmarhi was a preferred place of the gods, for the area around abounds in pilgrim spots. TheChota Mahadev, a narrow point in the hills; Maradeo, the second highest point in the Satpuras, which comes alive during the annual Shivratri celebrations; Chauragarh, where a pilgrim path leads to a sacred summit with several images of Shiva, and the Jata Shankar cave where Shiva is believed to have hidden himself from the demon king Bhasmasur. This is a sacred cave under a mass of loose boulders which resemble the matted locks of Lord Shiva, hence the name. Handi Khoh, today a deep ravine, was believed to be a huge lake which was guarded by a snake who terrorized all who came to visit the sacred spots in the vicinity. Shiva came to the rescue and succeeded in imprisoning him in solid rock. The flames of wrath ensuing from this divine battle dried up the waters of the lake and the empty space assumed the saucer-like shape of a handi or pot.

Priyadarshini Point, the point from where Captain Forsyth, first caught a glimpse of Pachmarhi, is an oft visited spot. Lanjee Giri is of interest to rock-climbers as it offers some easy scalings near the summit. Jalwataran or Duchess Falls is another important site and one can trek to this picturesque water-fall which falls in three distinct cascades. Pandav Caves are frequented by the tourists. The Pandav brothers are believed to the spent a part of their exile in these famous caves from which Pachmarhi takes its name.

The nearest airport is Bhopal (120 kilometers) connected by regular flights with Delhi, Gwalior, Indore, Bombay, Raipur and Jabalpur. Pipariya (47 kilometers), on the Bombay-Howrah mainline via Allahabad is the most convenient railhead. Pachmarhi is connected by regular bus services with Bhopal, Hashangabad, Nagpur, Pipariya and Chhindwara. Taxis are available at Pipariya.

The charming hill town of Madhya Pradesh, Pachmarhi is visited by tourists from all across. It boasts of being the only hill station in the central part of the country. During the summer season from March till the month of June, the maximum temperature can go up to 35°C, making the days hot. However, the early morning and nights are comparatively cold. From July to September, Pachmarhi gets drenched in monsoon rains, making the weather more pleasant and the environment greener as well as refreshing. The winter chill enters Pachmarhi in the month of October and stays out till February. At night, the temperatures can do down till 4°C. Sightseeing and outdoor activity is feasible all around the year. 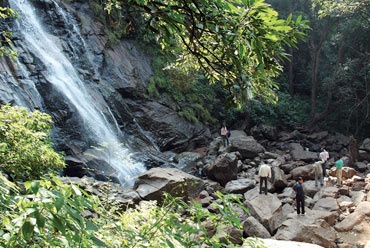 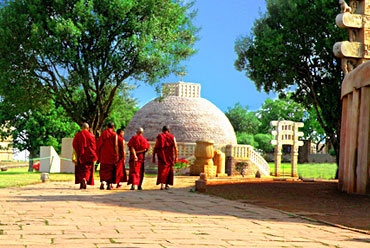 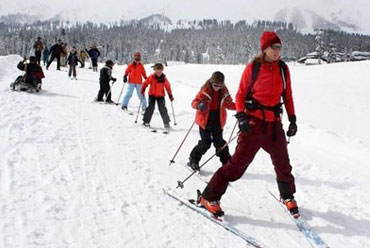 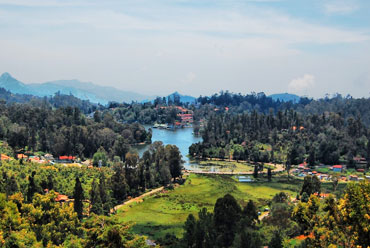 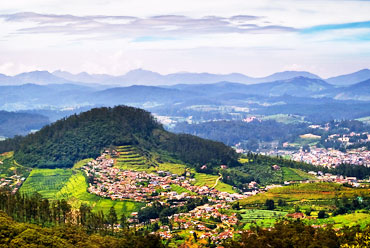 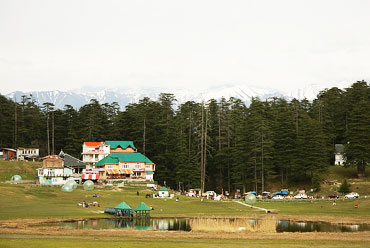