The state of Andhra Pradesh is recognized variously-for its legendary dynasties; for its most revered temple, Tirupati; for its beautiful language, Telugu; for its lacquer toys and beautiful weaves; rich literature and the vibrant Kuchipudi. Andhra Pradesh has often been called the "food bowl of the south." There are ruins, palaces, museums, and ports apart from the sacred Tirupati, where one can leave one's prayers to be answered.

Located in south India, Andhra Pradesh is bounded by Tamil Nadu in the south, Maharashtra in the north and northwest, Madhya Pradesh and Orissa in the northeast, Karnataka in the west, and by the Bay of Bengal in the east. It is situated on the Deccan plateau and is one of the oldest geological formations of the country.

The earliest mention of the Andhras appears in the Aitareya Brahmana (800 BC). It was called Dakshina Padh during those days. Andhras, Pulindas, Sabaras, and many other sects lived in Dakshina Padh. In the Mauryan age, the Andhras were a political power in the Deccan. Megasthenes, who visited the court of Chandragupta Maurya (322-297 BC), mentioned that the Andhra country had 30 fortified towns and an army of 1,00,000 infantry, 2,000 cavalry and 1,000 elephants. The Buddhist religious books reveal that Andhras established their kingdoms on the Godavari belt at that time. Even Ashoka referred in his 13th rock edict that the Andhras were his subordinates.

The flourishing Satvahana Empire, which followed the Mauryas, covered the entire Deccan plateau by the 1st century AD. From the seventh to the 10th centuries, the Chalukyas ruled the state. This was followed by the rule of the Cholas, Kakatiyas, and the powerful Vijayanagar Empire. By the 16th century AD, the Qutab Shahi dynasty established its firm foothold in and around Hyderabad. The Nizams, as the rulers of Hyderabad were called, maintained their rule, even during the advent of the French and British. Andhra Pradesh was constituted as a separate state on October 1, 1953, comprising the 11 districts of the erstwhile Madras state, and made Kurnool the capital. By November 1, 1956, the Nizam's state of Hyderabad was amalgamated to the state of Andhra Pradesh.

Hindu festivals such as Dussehra, Deepavali, Sri Ram Navami, Krishna Janmashtami, Vinayaka Chavithi or Ganesh Chaturthi and Maha Shivratri are celebrated in the state. Similarly, Muslim festivals such as Bakr Id and Id-ul-Fitr and Christian festivals like Christmas, Easter and New Year's Day are also celebrated with gaiety. However, the celebrations of Ugadi (Telugu New Year's day in March-April) and Sankranti (in January) are unique in the state. Bathakamma is special to the Telengana region. In the month-long festival, Goddess Bathakamma's idol is worshipped and is made to float on the rivers and lakes.

The climate is generally hot and humid. The summer temperatures vary from 20°C to 40°C, while in winter it is between 13°C and 32°C. The southwest monsoons play a major role in determining the climate of the state. The northeast monsoons are responsible for about one-third of the total rainfall in Andhra Pradesh.

How to Reach Andhra Pradesh

The capital city of Hyderabad is well connected to most major Indian cities and some overseas. The Air India has flights to Kuwait, Muscat, and Sharjah. The Indian Airlines runs flights to all the major cities in the country. The airport is at Begumpet, 8 km north of Abids. Auto-rickshaws and taxis are available from here. Other important airports of the state include Tirupati, Vijayawada, and Vishakhapatnam.

There are three train stations-Hyderabad or Nampally, Secunderabad and Kacheguda. Secunderabad is the main station from where one can get trains to all major towns/cities of the country. Bookings are not made at the Kacheguda station. To go to Calcutta, one must first go to Vijayawada and then get a train.

Of the several bus stands in Hyderabad, the main one is the Andhra Pradesh State Road Transport Corporation (APSRTC) Hyderabad/Imlibun (Phone 513955) complex at Gowliguda. The Jubilee bus stand (Ph. 7802203) at Secunderabad is also very busy. From these bus stands, one can find buses to all corners of the state and some important locations of neighboring states. Most private buses have their offices at Nampally High Road.

Hyderabad, the fifth largest city in the country, is the capital of Andhra Pradesh and has several prominent places in and around it. It has a Hindu-Muslim culture with a number of monuments of historical importance like Char Minar, Golconda, Salar Jung Museum, Mecca Masjid, Osman Sagar and Osmania University. The capital is in reality the twin cities of Hyderabad and Secunderabad linked together by the Hussain Sagar Lake.

The sites of historical importance include Warangal, Palampet, Vemulavada, Bhadrachalam, and Lepakshi. Andhra Pradesh is known for pilgrimages, not only for Hindus, but also for followers of other religions like Muslims, Christians and Buddhists. The state has a rich heritage of temples, mosques, churches and viharas. The state is known for the famous Sri Venkateswara temple at Tirupati, Birla Mandir at Hyderabad and Bhadra Kali temple at Warangal, Mecca Masjid at Hyderabad, the Buddhist viharas at Nagarjunasagar, and the Sai Baba Ashram at Puttaparthi. The Hindu pilgrimage sites include Tirupati, Srisailam, Basara, and Srikalahasti. The state was once the site of a flowering Buddhist culture. The Salivahanas, who were Buddhists by religion, followed the Satvahana dynasty. Several Buddhist stupas and viharas were built during their reign, and Buddhist centers flourished at Nagarjunakonda, Amravati, Sankara, Bhattiprolu, Guntupalli, Gantasala, Salihunda, Panigiri, Nelakondapalli, and Bahvikonda.

There are waterfalls at Ettipothala, Kuntala, and Gandipet. The caves at Undavalli and Borra are also major tourist attractions. Two large and world famous dams are located at Nagarjunasagar and Nizamsagar.

The state has nearly 1,000 km of coastline, with eight of its 23 districts having direct access to the sea with azure water caressing golden sands, which accounts for the presence of so many beaches. Starting from Bheemunipattnam near Vishakhapatnam down to Mypad in Nellore district, the coastline of Andhra Pradesh offers unalloyed joy to the sun worshippers and sea bathers. Apart from the Ramakrishna beach, Lawson's bay and Rishikonda beach at Vishakhapatnam and Bheemunipattnam beaches there are other famous beaches such as Manginapudi, near Machilipattnam, Kakinada, Chirala, Kalingapatnam and Mypad. 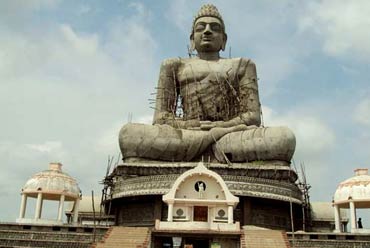 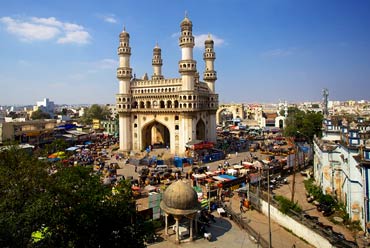 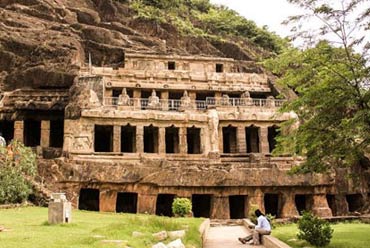 Sightseeing & Things To Do in Andhra Pradesh 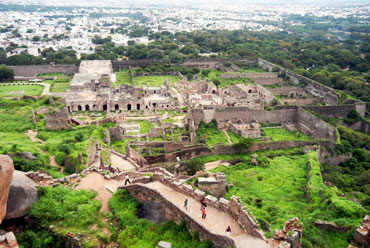 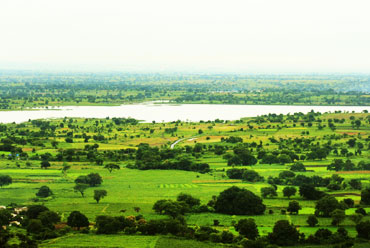 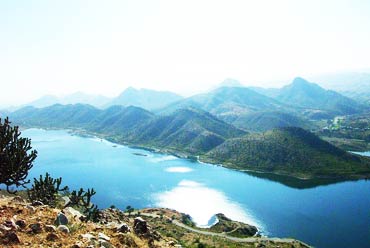 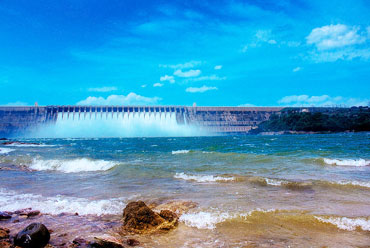 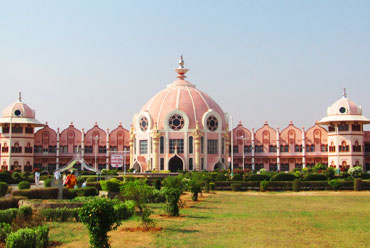 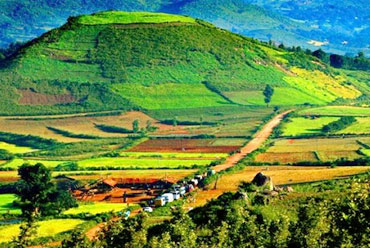