Vadodra (Baroda) is the capital city of the erstwhile Gaekwad rulers. It is an important cultural center of India, as it is known for its art galleries and museums. Vadodra has a number of palaces and well-laid parks that attract the tourist.

Vadodra is located in the eastern part of the state of Gujarat, in the western region of India. Vishvamitra River flows through the city of Vadodra. It is 100 km south of Ahmedabad and 392 km north of Mumbai. The weather in Vadodra is tropical and hot. Though it located near the Arabian Sea, summers (April-June) in Vadodra can be too hot and winters (November-February) are cool. It experiences southwestern monsoon rains in July-September.

The earliest record of Vadodra city is found in a land grant dating back to AD 812. In the grant, Vadodra is referred to as Vadapadraka. It was also known as Chandanavati, after a local Rajput ruler. The city underwent periodic renaming, from Varhavati, Vatpatraka, Baroda, and, in 1971, to Vadodra. The history of Vadodra can be divided into different periods. The Hindu period lasted from ancient times until 1297. The Muslim rulers of the Delhi sultanate ruled this region from 1297 to 1401. An independent Muslim kingdom was established here, which was known as the Gujarat Sultanate. The present city was established during this period, which spanned from 1401 to 1573. Vadodra became the part of the mighty Mughal Empire when Akbar, the Mughal emperor, defeated the local Muslim ruler in 1573. The Mughal period lasted until 1734, when the Maratha period started under the Gaekwad family. From 1734 to 1947, it became the capital of the powerful Gaekwad rulers. In 1802, the British, under the banner of the East India Company, established a residency in Vadodra to cement their relation with the Gaekwads. Later this residency was responsible for all erstwhile princely states of Gujarat and Kathiawad. In 1947, when India gained independence and all princely were abolished, it became a part of the state of Gujarat.

The best time to visit Vadodra is in winters, between October and February.

Vadodra airport is 8 km northeast of the railway station and is linked with Delhi, Mumbai, Ahmedabad, and Pune.

Vadodra railway station is located on the northwestern part of the city. As Vadodra is on the main Ahmedabad-Mumbai line a number of trains pass and stop at Vadodra.

Vadodra is known for its palaces, museums and parks. The Sayaji Bagh is a big well-laid park and an important tourist attraction. Within this park, one can see the Baroda Museum and Art Gallery. The Museum has a good collection of artifacts, which not only includes Indian sculptures and ancient manuscripts, but also houses collection of Egyptian antiquities, while the art gallery has Mughal miniatures and some works of European masters. The Sayaji Bagh also has a planetarium and a small zoo within it. Maharaj Fateh Singh Museum, located in the southern part of the city, is an important tourist spot. It houses the royal collection of copies of European masters. This museum also has a good collection of Far Eastern Art and contemporary Indian works. The Laxmi Vilas Palace, north of the Maharaj Fateh Singh Museum, has a good collection of artifacts. As this museum is not generally open for public viewing, advance booking has to be made to visit it. The Naulakhi Well, a fine example of a step well or baoli, and the EME temple, a unique temple with an aluminum roof, are worth paying a visit.

The town of Champaner (Pavagarh) is 47 km northeast of Vadodra. It is famous for Jama Masjid, which is one of the finest mosques to be found in the state of Gujarat. It also has a medieval fort near it.

The town of Dabohi is 29 km southeast of Vadodra and is known for its 13th-century Hindu military architecture.

Dakor, 50 km from Vadodra and halfway to Ahmedabad, is famous for its Temple of Ranchodrai and is a sacred place for the followers of Lord Krishna.

Ahmedabad city is 100 km north of Vadodra. Ahmedabad is known for its rich past and its association with Mahatma Gandhi. The city offers to the traveler a unique style of architecture, which is a blend of Hindu and Islamic styles (Indo-Saracenic style of architecture). It is famous for its mosques and baolis.

The town of Anand, on the way to Ahmedabad from Vadodra, is famous for its Amul range of dairy products. Anand is the hometown of the white revolution in India and the modern plant is worth visiting.

Bharuch, which is located on the main railway line between Vadodra and Surat city, is famous for its monuments and the River Narmada that flows through it. 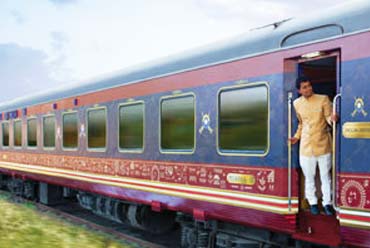 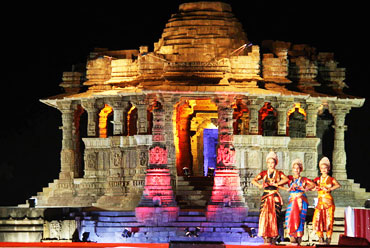 Sightseeing & Things To Do in Vadodra 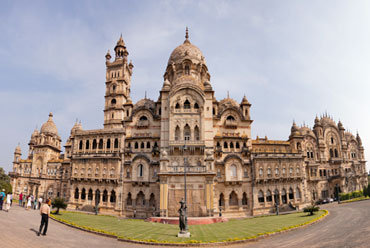 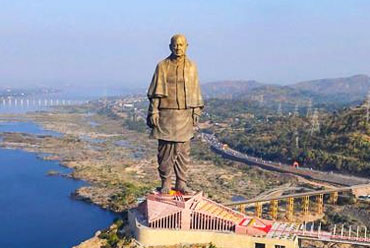 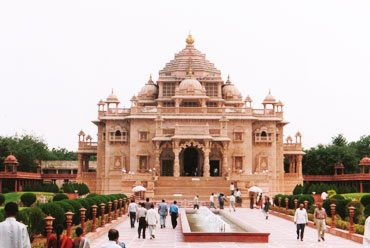 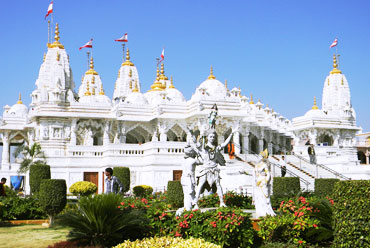 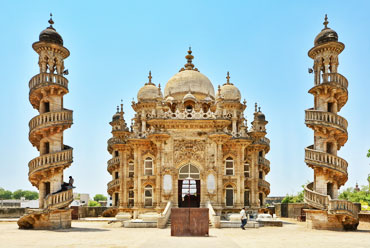 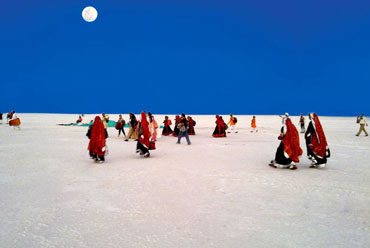 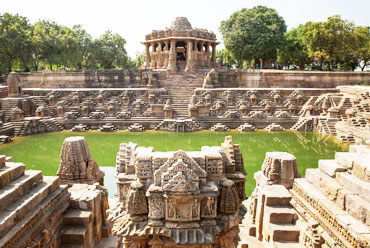 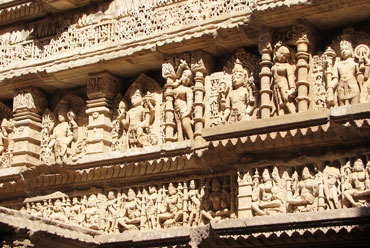 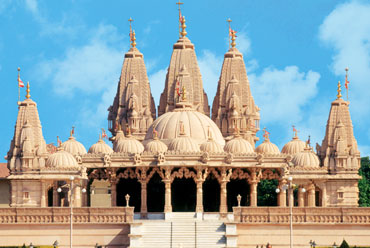