A small town located amidst the eastern Himalayan ranges, Tawang is a town in northeastern India famous for its 400-year-old monastery. This monastery is one of the biggest Buddhist monasteries to be found in India and is an important pilgrim center for the followers of Buddhism. Apart from its religious importance, Tawang is famous for its natural beauty, which attracts and enchants the traveler.

The origin of Tawang is obscure. It was a part of the kingdom of Tibet in medieval times. Local tribal rulers governed it from time to time. The British had declared this area off-limits in 1873. The area around Tawang became a cause of disagreement between India and China after India gained independence in 1947. The Chinese army invaded Tawang in 1962 but they later withdrew.

Where is Tawang located?

Tawang is located in the northwestern part of the state of Arunachal Pradesh, in Northeast India. It is adjacent to the border with Bhutan. This town is set amongst the mighty Himalayas at an altitude of 3400 m above sea level.

How is the weather in Tawang?

The weather in Tawang is alpine. Summers (April-June) are short and mild, while winters are very cold (November-February). It experiences scant monsoon rains in July-September. It experiences snowfall in the months of December and January.

What is the best time to visit Tawang?

The best time to visit Tawang is between the months of June and October. During this time, the weather is pleasant and allows you to explore the region comfortably. The temperature in Tawang between June and October remains between 5°C and 21°C, so we recommend packing heavy woolens with you.

What is the average trip cost for Tawang?

INR 21,000 - INR 24,000. This price is subject to change according to the meals, transfers, accommodation, and sightseeing options you choose.

If you wish to visit Tawang, check out our Tawang tour packages here.

How to reach Tawang?

Tawang is located in a remote part of India amongst the lofty Himalayan ranges. It does not have an airport or railway station of its own and is connected by road with other towns in Arunachal Pradesh and Assam via Bomdila. Tawang can be reached from the town of Tezpur in Assam by local bus (24 hours), while it takes 12 hours in a shared jeep.

Here are top places to visit in Tawang -

The origin of the Tawang monastery can be traced to the mid-17th century. A monk, Mera Lama, a contemporary of the fifth Dalai Lama, founded this monastery. The sixth Dalai Lama was born in this monastery. The Tawang Monastery is also known as the 'Gaden Namgyal Lhatse.' This monastery is a virtual treasure trove of Tibetan Buddhist culture. The Parkhang hall within the monastery has a library that houses a good collection of rare Buddhist manuscripts and thangka paintings (traditional Tibetan paintings on cloth). The monastery complex also houses a towering 18-ft-high gilded statue of the Buddha in the prayer hall. The monastery is situated on a spur about 2 km from the heart of the town.

Among the top Tawang attractions, this war memorial honors the brave Indian soldiers who laid down their lives in 1962’s Indo-China War. Thus it is an important place to visit to relive historical events.

A hidden gem in Tawang, Nuranang Falls originates from Sela Pass and is a beautiful place to visit. It is located at the height of 6000 feet above sea level amid lush forests so that you can enjoy the beauty of nature.

This lake is famous by the name Madhuri Lake as a well-known Bollywood song from the movie Koyla was shot here. Shonga Tser Lake offers mesmerizing views of the hills and mountains surrounding it. If you want peace and relaxation, this is the place to be.

Renowned for its geographical importance, Sela Pass at a height of 4170 meters offers breathtaking views. It remains covered in snow throughout the year. Sela Pass is also a prominent site for Buddhists.

The Tibetan Buddhist festival of Losar is celebrated in the month of February-March every year with great fanfare in the Tawang monastery. 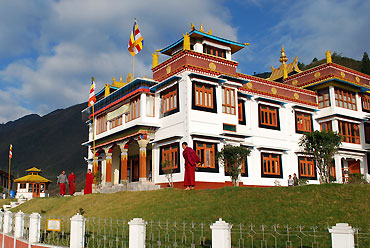 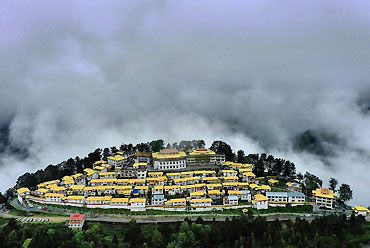 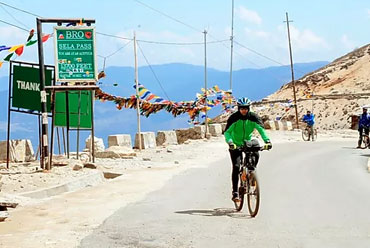 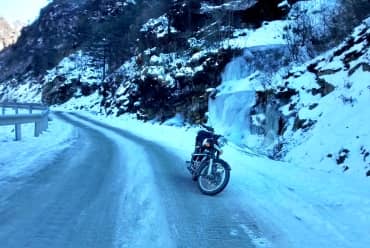 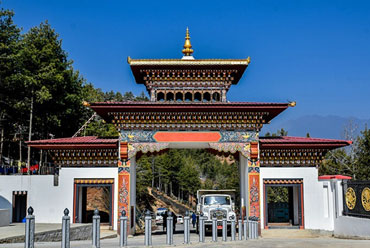