Birthplace of the River Cauvery and home of some of India's bravest soldiers, Kodagu is noted for its scenic beauty. Hiking, cross-country, or simply motoring down mountain trails in Coorg, the visitor encounters panoramic views of the morning mist rolling down thickly wooded hill slopes and the undulating paddy fields and neat rows of coffee bushes resplendent under the blue skies.

Little is known about the early history of this fertile land. From AD 1600 onwards, the Lingayat rajas ruled over Coorg and established their capital at Madikeri where they built a mud fort. The Kodavas, as the people of Coorg are called, harried the Mysore ruler Hyder Ali and Tipu Sultan through sporadic rebellions. Finally, in AD 1785, Tipu marched into Coorg with a large army and devastated their little kingdom. Four years later, with the help of the British, Coorg regained its independence and Raja Veerarajendra set about the task of reconstruction. In AD 1834, the British took over power in Coorg. They impeached the last ruler Chikkaveera Rajendra and sent him into exile.

With its misty mountains and dense forests, Coorg seemed like a little corner of England to the British. They left behind a legacy, which is still an important source of national wealth. The well laid coffee plantations in Coorg account for almost half of Karnataka's coffee production. And Karnataka continues to be India's largest producer of coffee. Other reminders of the colonial past are the spacious estate bungalows, many of which still have British names and the meandering roads that wind through the district.

In March and April it's coffee blossom time in Coorg. Stretches of these now-white flowers waft a heady fragrance and their massed magnificence is an unforgettable sight. When the blossoms turn into berries, the bushes are cropped. The cherry-red fruit is then pulped, the separate coffee seeds dried and sent to the curing works.

Coffee bushes are sheltered from the sun's direct rays by tall sentinel-like trees over which the dark green pepper vines trail. Pepper and cardamoms from Coorg were much sought after by Arab traders who landed in the Kerala coast long before the advent of Islam in India.

The Kodavas
One explanation of the origin of the Kodavas traces their ancestry to the Arabs. This is because the traditional costume worn by the men of Coorg, the long black coat or kuppia, bears a striking resemblance to the kuffia worn by Arabs. Another story credits the Greek mercenaries, who come to India with Alexander the Great, with having founded the race.

Coorg is a region of scattered villages and hamlets, with a few townships standing out. Postcard pretty with their red tiled cottages and purple flowering shrubs, the Kodagu towns have an old-world charm about them. Madikeri, the district headquarters at an elevation of over 5,000 feet above sea level, provides access to some excellent picnic spots including the picturesque Abbey Falls. Visitors can trek to the top of Tadeyendamol, the highest peak in the region and view the Arabian Sea in the distance. Alternatively, one may simply follow the mountain trails dotted with little shrines-some beside waterfalls and others on the banks of rivers. Besides, the Nagarhole National Park provides excellent opportunity for wildlife viewing.

Kodagu has a few temples that are worth visiting. The Bagamandala Temple at the confluence of the Cauvery-Sujyothi Rivers is built in the multi-roofed Kerala style. The Omkareshwara Temple, dedicated to Shiva, is almost 200 years old and is a surprising blend of Islamic and Gothic styles.

Famed for their hunting skills, the Kodavas have now turned ardent conservationists, assuming guardianship of their homeland's natural wealth. Today, if you hear shots ringing out in Kodagu, rest assured that some Kodavas are only testing their marksmanship on the coconuts up in the trees. Recently, the camera is replacing the gun as more and more people succumb to the lure of this beautiful, unsullied Eden and its fun loving, hospitable people.

Whatever their true origins, the Kodavas have a distinct ethnic identity, which they have preserved zealously over the centuries. The great cementing factor has been their concept of clan or okka. Each clan had its ancestral home or ain-mane-a huge four-winged structure with imposing doors. Many of these ancestral homes are still in existence though families and land holdings have fragmented.

It is the Kodavas' strong sense of clan that draws scattered families together at festival and weddings. Kodavas practice the cross-cousin marriage system and their wedding are celebrated with pomp and feasting, usually during the marriage season from March to June. The bridegroom wears a white kuppia and a red and gold head-cloth draped over his white turban. All the men-folk wear red and gold sashes with ornamented daggers or swords tucked into the folds of the sash, over the traditional black kuppia. There are no priests and the marriage is solemnized before the traditional lamp, in the presence of elders who shower the couple with rice confetti.

The festival season starts with Keil Poldu day in September, when the martial race that produced two great Indian soldiers-Cariyappa and Thimmaiah-worship their weapons. On Cauvery Sankramana day in October, thousands gather at Tala-Cauvery temple on Brahmagiri Hill to witness the rise of the fountainhead of the River Cauvery. At a precise moment predicted by astrologers, water gushes out of the little well fruit around the spring. On a full-moon night in November or December the exuberant Kodavas gather to celebrate the Huttari festival or the harvesting of the paddy crop. The head of the family cuts the first sheaf of paddy to the accompaniment of much music and dancing. The mistress of the house lays it reverently before the lamp that burns constantly in their home.

How to Reach Coorg

Blessed with lush surroundings, wonderful weather and tranquil ambiance, Coorg is one of the most popular hill stations of Karnataka. It is also known as Kodagu and has a rich historical past. Accessing Coorg is easy through all the modes of transportation:

Coorg does not have an airport of its own and the nearest airport to Coorg is the Mangalore Airport. This airport is located 135 km away. This is an international airport and is well-connected to important destinations of India and the World. Some of such important places include Bangalore, Chennai, Goa, Trivandrum, Calicut, Cochin, Mumbai along with Doha, Abu Dhabi, Muscat, Bahrain, Kuwait and Dubai. From the airport, rent a cab.

A good network of roads connect this beautiful hill station with all the other important cities and towns in Karnataka. There are regular buses and taxis available to travel between Coorg and other nearby destinations such as Hassan (115 km), Mysore (120 km), Mangalore (135 km), and Bangalore (256 km).

Being a hill station, Coorg enjoys a pleasant climate all throughout the year, however, the place is at its best between October and April. Summer season in Coorg is from March to May when the weather remains below 34°C. The place can be explored in the evenings and afternoons can be avoided if the sun is harsh. Coorg welcomes rain in June that continue till September. The place becomes greener and prettier. If you like rains, you can visit during this time. Also, there might be off-season discounts in summers and monsoon. Winters in Coorg start from December and continue till February. The weather is wonderful and is ideal for sightseeing as well as other outdoor activities. This quaint hill stations bustles with touristy activity at this time. 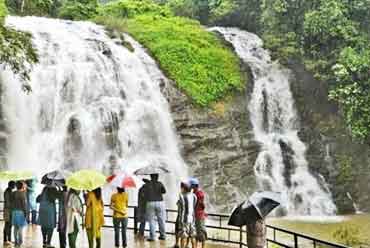 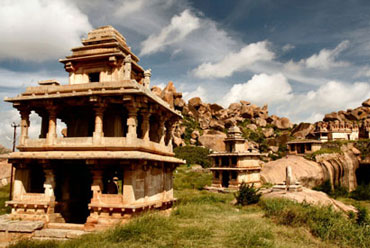