The Hill Forts of Rajasthan have been awarded the status of UNESCO World Heritage Sites. The hill forts include Chittorgarh Fort, Kumbhalgarh Fort, Jaisalmer Fort, Ranthambore Fort, Gagron Fort and Amber Fort. These majestic hill forts are mainly based in the undulating terrain of the Aravalli Range. Built between the 5th and 17th-18th centuries AD these structures represent the fortified seats of power of Rajput princely states. These are exceptional examples of military significance, architectural splendor and courtly culture and patronage of art and music.

Jaisalmer Fort is one of the largest hill forts in the world. Built in 1156 AD by Bhati Rajput ruler Rao Jaisal the golden-sandstone fort is known as Sonar Quila. Overlooking the timeless landscape of the Thar Desert atop the Trikuta hill, the fort is a beautiful structure re-living the bygone era of Rajputs.

Amber Fort is nestled atop the Aravallis near Jaipur. The hill fort dates back to the 16th Century. Built by Raja Man Singh overlooking the Maota Lake, the structure is a blend of Rajput and Mughal architecture. The defensive structure is an architectural splendor housing the glories of the bygone Rajputana grandeur.

The Chittorgarh Fort is the icon of Rajputana chivalry and pride. Legends of sacrifice, honor and pride of the royal Rajputs have originated here. The indomitable hill fort has survived numerous attacks. Built atop a hill by Chitrangad of the Mori dynasty in 7th century A.D, the defensive walls treasures many delights.

Kumbhalgarh Fort is nestled in the Aravali Hill near Udaipur. The hill fort has the second longest continuous wall after the Great Wall of China. The impenetrable structure houses various treasures of history. The great warrior Maharana Pratap was born here. This fort is a unique sample of military defence and architecture.

Located on Thambhore hill, 481 meters above the sea level, Ranthambore Fort lies in Sawai Madhopur. The hill fort is now a part of Ranthambore National park. Recaptured by wilderness, the fort is now the abode of the animals of the forest.

Gagron Fort is a beautiful sample of history and architecture. The fort is surrounded by river waters on three sides. The unrivalled structure sheltered one of the wealthiest cities before the other cities of Rajasthan. 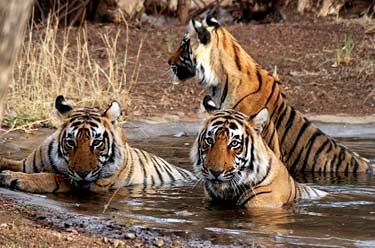