Dates: To be Announced

Another feather in the colorful crown of Rajasthan, the ‘Jodhpur Flamenco and Gypsy festival’ celebrates the gypsy culture of Spain and Rajasthanin a highly eccentric and artsy form.With the prime motive of promoting folk culture and its music; quintessentially gypsy styled, the flamenco festival started in the year 2014. The festival is actually a collaborative effort, aimed topreserve the rich cultural heritage of gypsies bythe Mehrangarh Museum trust, the Spanish embassy and Cante de las Minas.

The venue of the festival has been the highly majestic and titanic Mehrangarh fort in Jodhpur. Since its inception, 2 years back, the festival has attracted folk musicians and dancers from all over the world in huge numbers and provided them a niche platform to showcase their talent.

Nearby attractions to visit

How to reach Jodhpur

By Air: Jodhpur airport connects the major cities of India like Delhi, Mumbai, Jaipur and Udaipur to this vibrant city of Rajasthan. It is only 5 km away from the city center.

By Train: The city of Jodhpur is also well connected to cities like Delhi, Mumbai and Kolkata with a well settled network of railways. Another nice alternative to travel to Jodhpur.

By Road: Jodhpur can also be reached by the medium of road. Private as well as government buses run on a daily basis between Delhi and this Rajasthani city. One can also board bus from Jaipur.

Note: The festival is not scheduled for 2018. We will update information accordingly. 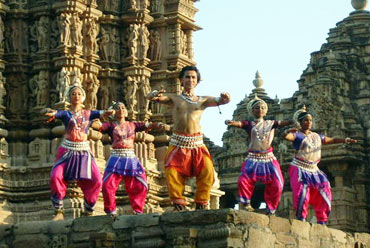