The second metropolitan city of Rajasthan, also identified by its different names “the Sun City” and “the Blue City”, Jodhpur is the capital of the kingdom Marwar. The royal past of Jodhpur is represented through various palaces, forts, aged tradition and culture. Umaid Bhawan Palace is one of the most popular attractions of Jodhpur. The palace is named after Maharaja Umed Singh, who is the grandfather of present owner of the palace. In earlier times, the palace was known to be the ‘Chittar palace’ as it is located on Chittar hill (the highest point Jodhpur). Umaid Bhawan Palace in Jodhpur is a masterpiece of brilliant architecture and boasts of a wonderful mélange of Rajput and Victorian styles.

The palace was broken down on 18th November 1929 by Maharaja Umed Singh and the construction was in progress until 1944. Later, it was constructed in order to provide employment to the poor and unemployed of the place. The Palace is one among the World’s largest private residences comprising 347 rooms. In today’s time, the main owner of the palace is Maharaja of Jodhpur, Gaj Singh. The palace is mainly divided into three compartments namely the Maharaja’s royal residence, a museum and a heritage hotel.

The museum here has a huge collection of weapons, a banner presented by Queen Victoria and amazing clocks providing detailed information about the royal era of Rajasthan.

Umaid Bhawan Palace was originally designed by H V Lanchester, a well-known Edwardian architect. After the palace disheveled on 18th November 1929, again the foundation stone was laid by Maharaja himself on Chittar hill.

There were around fifty thousand men and women, who worked for more than fifteen years to construct this majestic palace, under the supervision of architect Goldstraw. The architect use to get thousand rupees per month and the workers were paid only fifty paisa a day.

All the colored stones which were used in the construction of the building were brought by a special train. And the skilled workers cut the big pieces of stones into intricate design form. The imposing palace cost Maharaja around rupees 94, 51,565.

Umaid Bhawan Palace in Jodhpur Rajasthan is a brilliant example of remarkable constructions. Moreover, now it’s a five star luxurious hotel where one can have a royal stay with all modern comforts.

Acquiring an area up to 26 acres of land, the royal mansion is 110 ft high and showcases sumptuous rooms reflecting a rich bygone era. It is one among the most expensive hotels in Jodhpur. The regal palace constitutes of elegant royal heirlooms, high ceilings, marble corridors, treasure troves, hunting trophies, green velvet lawns and courtyards. The interiors of the palace were firstly designed by Maples of London in Art Deco style, but later, the ship carrying the stuff to Bombay was sunk by Germans in 1942. Afterwards, Maharaja Umed Singh himself bought a polished artist namely Stefan Norblin who was an interior decorator and was familiar with the style of Art deco.

Other than this, the grand mansion also comprises a unique clock tower, Durbar hall for public gathering, Edwardian drawing room, banquet, cinema hall, a private segment for ladies and billiards room. During its constructions, Umaid Bhawan was the most awaited palace for the’ Maharaos of Kotah’; as before they used to live in a small fort inside the same city. Thus, Umed Sigh decided to build this noble one to comfort the Maharao’s.

Later, in 1930, the palace was extended by the architect George Devon, in order to provide space for Maharaj Kumar Bhim Singh and his wife. This section is still reserved and is not open for public, though, rest of the palace is considered to be the private residence as a heritage hotel. Similar to that of other royal Rajput mansions, Umaid Bhawan palace also has a Mardana section for male and a Zenana section for females with separate entrances.

Another prime compartment of Umaid Bhawan Palace is the palace museum, which is the repository of the very essence and spirit of the land. The museum is open to public, only closed on Sundays. The museum contains a massive collection of arms, furniture, clocks and China vases. 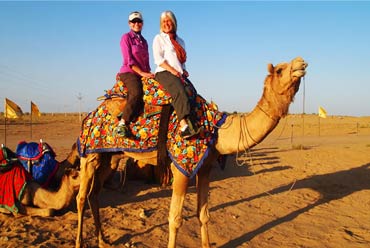 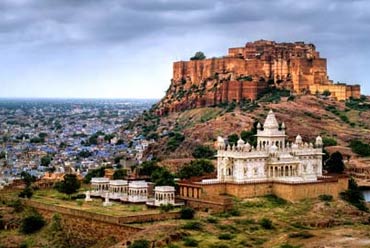