One of the most popular lakes of Udaipur, Rajsamand Lake is 66 km northwards of the city. Sandwiched between Rajnagar and Kankroli, this lake is also known as Rajsamudra Lake. Founded by Maharana Raj Singh in the year 1660, this lake is 4 miles in length and 1.75 miles in width. The depth of the lake is around 60 feet.

A dam on the lake was constructed in the 17th century and it is fed by Gomti River. The southern end of the lake has massive embankment made from white marble. The embankment consist of marble terraces and stone steps touching the lake waters. From the lake, 5 toranas (weighting arches) are also visited. These toranas were used by Maharana Raj Singh and his descendants for organizing the event of Tuladan where the rulers used to weigh themselves to an equal amount of gold that would be later distributed in the Brahmins.

Maharana Raj Singh erected Nauchowki or 9 pavilions on the embankment of Rajsamand Lake. These stunning pavilions have intricate carvings and are decorated with images of Sun God with his chariot, birds and other deities. One can also find the history of Mewar scribbled on it in 1017 verses, on 27 slabs of marble, called Raj Prasasti. These are known to be one of the longest etchings recognized in India.

History also states that this lake has also been the base for seaplanes of the imperial airways at the time second world war, for a span of around 6 years. During the sunset, the waters of the lake look beautiful, offering some lovely views. Take a quiet walk on the banks of the Lake and let the serenity flow in. 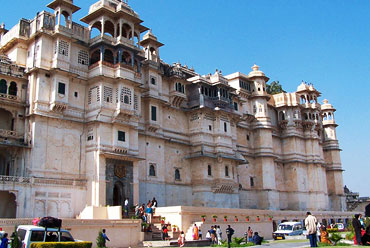