Where: 2 km off Damthang-Ravangla road, 7 km from Namchi

Known for its attractive architecture and modern planning, the Samdruptse Monastery is one of the most popular monasteries in Sikkim. Around 72 km from Gangtok, its foundation was laid by his holiness, Dalai Lama on 22nd October in the year 1997. This work of art was completed by 1000 laborers and was the fruit of work of a number of engineers, skilled architects and sculptors. The monastery constructed was completed in a span of 3 years.

In the Bhutia local language, the term ‘Samdruptse’means the ‘Wish Fulfilling Hill’. The name of the sacred place says it clearly that it is highly revered and equally popular amid devotees and tourists.

The architecture of colorful Samdruptse Monastery is a blend of Sikkimese, Tibetan and modern-day architectural styles. The most popular attraction here the status of Guru Padmasambhava. This eye-catching statue is golden in color and has copper-colored attire. With a height 135 feet, it probably is the highest statue of Guru Padmasambhava in the world.

The monastery also houses some splendid art and crafts objects such as statues, several paintings, historic sculptors and a number of other artifacts. The walls of the monastery are adorned by attractive sculptures and paintings. The monastery’s architectural plan is an amalgam of traditional as well as modern features. Along with being a religious site, Samdruptse is also home to Monks and Lamas.

All the festivals which are related to Buddhist religion are celebrated at the Samdruptse monastery. If you wish to get an insight into the Buddhist culture, it is the best time to visit. Mask dance is an important part of these celebrations. Colorful decoration, great firework, rituals by the monks, tasty food and soothing religious chants are also parts of such religious festivals.

There are attractions around the Samdruptse Monastery, which are worth-visiting. Visit the very popular Shiva Mandir that has a huge statue of Lord Shiva. This temple is a part of Solophok Chardham, another popular attractions of Sikkim. Some of the other famous attractions in Sikkim are Kanchanjunga Handicrafts Center, Tirikhola Dancing Falls, Temi Tea Garden, Salley Bong Cave, and Tendong State Biodiversity Park. 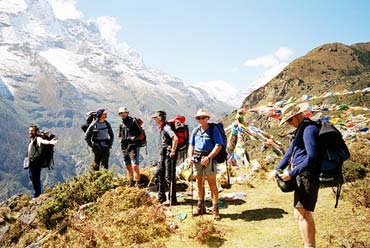 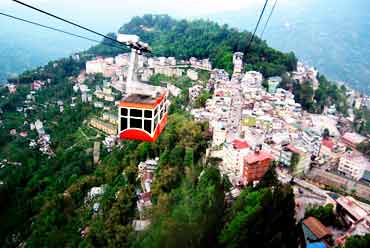 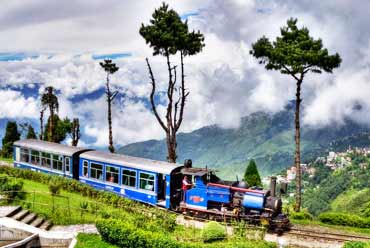