The Keoladeo Ghana National Park or-as many people prefer to call it-the Bharatpur Bird Sanctuary lies between two of India's most historic cities, Agra and Jaipur. This north Indian sanctuary is situated in the country's northwestern state of Rajasthan, about 190 km from the national capital of Delhi. The name 'Keoladeo' is derived from the name of an ancient Hindu temple devoted to Lord Shiva in the sanctuary's central zone while the Hindi term 'Ghana' implies dense, thick areas of forest cover.

This spectacular bird sanctuary is historical in its own way. The Maharaja of Bharatpur is credited for its creation in 1890, though conservation was the last thing on his mind. He got a large area enclosed with embankments and further divided it with earthen dams called 'bunds' creating a large number of marshes and lakes. Thus, Bharatpur is mainly an artificial creation. The government banned the indiscriminate shooting of birds in 1965. Conservation efforts originally started by Dr. Salim Ali received a further impetus when the area was deemed a national park in March 1982. In 1985, Bharatpur was accepted as a World Heritage Site.

Bharatpur hosts a variety of bird species from across the globe. Close to 380 species of birds are found in this 29 sq km stretch, approximately 10 sq km of which comprises of marshes and bogs. Rest of the area comprises of scrublands, grasslands and more than 44,000 trees that are used for nesting by birds each year. This rather intriguing blend of marshes, woodland and flora found here represents and, at the same time, substantiates the density and diversity of the region's forest cover.

During summers (April-June), the temperature ranges from 38°C to 45°C. The onset of monsoon (July-August) lowers the temperature to about 27°C. Winter (October-March) season peaks after Christmas with temperatures falling below 10°C. Ground fog in the winter persists rather erratically on unspecified periods in January.

Veteran ornithologist H. G. Alexander spent a full day at the park compiling a list of over a hundred species of bird at Bharatpur. This is an indication of the enjoyment that the sanctuary can provide. Some 377 species have been spotted at Bharatpur Sanctuary, making it one of the most inviting destinations in the world for ornithologists, amateurs and nature lovers. Various species of indigenous water birds, waterside birds, migratory water birds, land migratory birds, and domestic land species are found here. There are approximately 56 different families of birds, of which the Passeriformes (156 species) and Charadriformes (56 species) dominate. One-third of birds at Bharatpur are migrants, many of whom spend their winters before returning to their breeding grounds in the Arctic and Central Asia.

The bird most popular among tourists and ornithologists is the Siberian crane. According to field experts, this bird is known to travel distances of up to 6,500 km migrating from the Ob River basin region (Aral mountains, Siberia). Conservationists are working hard to protect the Siberian crane species as they are on the verge of extinction. Apart from Feredunkenar in Iran, Bharatpur Sanctuary is the only place where the Siberian crane migrates. The cranes arrive in December and stay until early March. According to ornithologists, unlike its Indian counterpart the Siberian crane feeds on Cypress Rotents grass (an underground aquatic root). The intriguing fact is that Siberian cranes have a mixed diet of vegetation, fish and other small creatures back home, but they adopt a vegetarian diet during their stay in India.

Other 'guests' at Bharatpur include huge birds like Dalmatian pelicans, which are two meters in length, and minute ones like the Siberian leaf warbler, which is merely the size of our index finger! Several other species of cranes-corcomorants, egrets, darters, herons, storks, geese, ducks, eagles, hawks, shanks, stints, wagtails, wheatears, flycatchers, buntings, larks, spoonbills, kingfishers, owls and pipits-also make Bharatpur their temporary abode.

Bharatpur heronry is one of its kind and bustles with zealous activity. The production of chicks during the breeding season is put at about 30,000. This avian kingdom also hosts mammalian species like nilgai, sambhar, chital, black bucks, jungle cat and the wild boar. The large rock python (which is spotted at Python Point beyond Keoladeo temple) as well as its nemesis, the mongoose, are found in appreciable numbers. However, spotting a duel between the two is purely a matter of chance.

The city center is a mere 3 km from the park and has its own fare share of oddities, bazaars and night markets that are definitely worth a visit. Also worth visiting is the Laxmi Vilas Palace that houses a museum. The city of Agra, which is just 55 km from Bharatpur, has one of the most magnificent monuments ever built-the romantic Taj Mahal, a veritable poem in stone built by the Mughal emperor Shahjahan.

How to Reach Keoladeo National Park

Bharatpur is on the Agra-Jaipur highway, just a two-hour journey by bus from Agra (55 km) and an hour from Fatehpur Sikri. The nearest rail junction is Bharatpur, which is well connected to Delhi, Bombay, Ahmedabad, Jaipur and many other parts of India. Private as well as state transport buses link Bharatpur with other parts of Rajasthan. 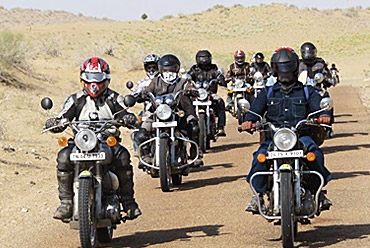 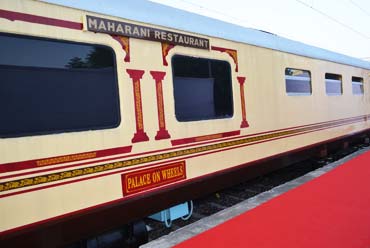