The ideal time to visit tropical South India is during the winter season. The peak months of this season are from December to February when the weather is at its most pleasant. The hottest months of South India are from March to May and the average temperature is 32 Degrees Celsius. From June to September months are the monsoon season that brings the highest humidity and heat with rainfalls.

The best time to visit South India depends on vacation plans. So, if travelers want to explore the cultural heritage of the cities of South India, then they should avoid the hottest months. On the other hand, if the tourists want to do adventurous activities in the Ghats and mountains, then they have to come after the monsoon season when everything turns Technicolor.

South India in Winter – From October to February

During the winter season, Kerala state is dry and least humid and the daytime temperatures between 220 C to 300 C. Besides, the hill stations of Kerala are cooler and the visitors will require a fleece, jacket or pullover in the morning and evening. Besides, winter season is the best season to visit South India as well as Deccan Plateau which is guarded by the Nilgiris, Western and Eastern Ghat, Vindhya and Satpura Ranges in the west, east, and south respectively as well as is separated by the Gangetic Plains in the north.

Furthermore, wintertime is the perfect time to travel the coastal plains. The climatic situations are soothing, pleasant, and cool and most of the adventure activities open in this season. Also, the months between October and March are the best to travel South India. At that time, the days are pleasant, balmy, and perfect time for outdoor activities, sightseeing, and other touristy activities.

South India in Summer – From March to May

The temperature remains pleasant and cool of Nilgiri Hills during summer and winter months. But during the summer season, this area remains an overcrowded and huge number of tourists flock to this place mostly from the north Indian cities.

South India in Monsoon – From June to September

Monsoon season is not a good season for outdoor activities due to heavy rainfalls. But it is the perfect season for rejuvenation therapies at Ayurveda Centers. In this season, the pores of the human body open wide to fully absorb the oils and treatments. The beauty of South India during the monsoon enhances to the multiple folds. The lush greenery of the Ghats and mountains offers panoramic views

Kerala experiences hot and humid summers, which makes it hard for tourists to enjoy sightseeing. However, evenings are a bit cooler and that’s when you can go out to stroll. Monsoons in Kerala start in June and end in August. This is a good time to visit Kerala and explore backwaters, beaches, and hill stations.

The monsoon season is ideal for Ayurvedic therapies and spa too as it gives a respite from the humidity. Kerala in winters starts from December to February and experiences milder temperatures between 10°C and 25°C. It is perfect for visiting Munnar and Thekkady to enjoy views of mist-clad peaks, tea gardens, and nature walks. For more information about the best time to go to Kerala, click here.


Summers in Tamil Nadu are harsh with temperatures rising above 35°C and even touching the high of 40°C in May and June. The monsoon season has two periods, June to September and October to December. Therefore, the best time to visit Tamil Nadu is from November to March. During these months, the temperature dips, making it comfortable for tourists to explore the states. It is also a great time to visit the popular temples of Tamil Nadu. On 14th January every year, Pongal is celebrated in Mamallapuram, which you can attend.

October to April is the best time to go to the South Indian state of Karnataka. The temperature also fluctuates between 20°C and 32°C. Whether nature lovers, wildlife enthusiasts, families, or couples, every traveler can enjoy activities and sightseeing. Even the majestic Mysore Dussehra is celebrated during the winter months, which also makes winter a great time. While coastal regions are hotter, you can still visit hill stations in Karnataka in the summer months. From July to September, some regions receive heavy rainfall but if you are into trekking, you can visit Jog Falls and Antarganage to enjoy the lush greenery.

November to February is the best time to visit Andhra Pradesh to enjoy outdoor sightseeing. The temperature also remains around 16°C, which is perfect for a day outing. You can visit cities like Hyderabad, Kadapa, Tirupati, and more and explore comfortably. Having a tropical climate, Andhra Pradesh experiences extremely hot summers.

The temperature of Andhra Pradesh in summer reaches as high as 40°C. Monsoon in Andhra Pradesh i.e. June to September is also a good time to visit as the state looks enchanting and the misty climate adds a magical effect.

With semi-arid weather, the best time to visit Telangana would be from October to February. It is also the peak tourist season due to pleasant weather and cloudy days. You can attend various festivals in Telangana like Vijayadashami or Dussehra, and Navratri during this time. Summers are scorching in Telangana with temperatures ranging from 24°C to 45°C, making it difficult for you to explore the cities. If you love rain, visit Telangana during the monsoon. It receives heavy rains but September can be quite humid. 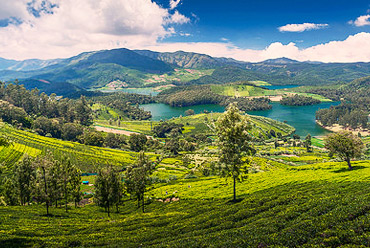 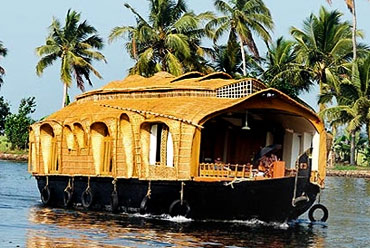