North India has diverse climatic zones that comprise of snow-capped Himalayan Mountain Ranges to Indo-Gangetic Plains along with the desert state of Rajasthan. North India region attracts many people throughout the year as the climate varies from hills to plains at the same point in time. Winter season is the best time to go to North India. The weather conditions of North India are quite endurable during most of the other months except the peak of winters in the Himalayas and the peak of summers in the hinterland.

Winter season is the best time to visit North India so that the spring tourists enjoy to the fullest in the Northern part of India. This season starts from Mid-October and goes until Mid-March when the weather conditions remain pleasant in plains. It is also considered as the ideal time to visit the historical monuments of the major cities like Jaipur, Agra, Delhi, palaces and forts of Rajasthan, and the temples of Holy City – Khajuraho and Varanasi, etc. In addition to it, it is also the best time to travel to Northern India for those who want to enjoy the popular festivals of North India because various festivals are celebrated during this period. Know more when to go to India.

If someone wants to explore the Himalayan region, then make it out after the monsoon season that is after August. After the monsoon season, the tourists will be able to experience the washed mountains and greener landscape. But during this season, the visitors will get soaked in the therapeutic oils of traditional Yoga and Spa therapies as well as attain the peace within at the famous Yoga and Spa Center in North India.

In the summer season, the plains region of North India experience the scorching heat of the sun, thus, the travelers are suggested to take an escape into the pleasant hills like Himachal Pradesh, Jammu & Kashmir, and Uttarakhand where the atmosphere remains cool and calm. Here, visitors can enjoy several adventurous activities such as biking, paragliding, skiing, trekking, and mountaineering. Also, nature lovers can indulge in the natural beauty of the surroundings as well as see the pristine view of snow-capped hills. 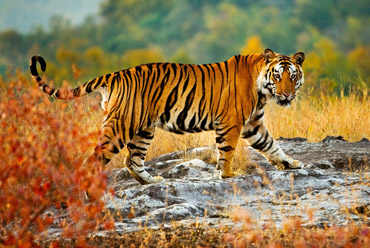