Mizoram is a state with one of the highest literacy rates in India. Situated on the extreme south of the northeastern India, it is a land of unending natural beauty with a variety of flora and fauna. The word Mizo means highlanders.

Mizoram shares its boundary with two neighboring countries: Myanmar on its east and south and Bangladesh on its west, apart from the tiny state of Tripura. The northern border of Mizoram is shared by two neighboring states, Assam and Manipur.

The state is covered from north to south by high mountains that measure approximately 2000 meters high. The highest mountain peak of the state is the majestic Blue Mountain that reaches to a height of 2165 meters. A number of important rivers flow through the state include the Sonai, Tlwanag, Kolodine and Kamaphuli.

Not much is known about the early history of Mizoram. It is believed that the Mizos migrated to this region hundreds of years ago. However, as per later records, the state of Mizoram used to be a district of Assam. The British entered the hills in 1891 and took possession of the Lushai hills in 1898. The district was carved out of Assam under the reorganization act of 1971 and raised to the status of a union territory on January 21, 1972. In 1987, Mizoram became the 23rd full-fledged state of the country.

The climate of the state is characterized by a warm and humid feeling. As the tropic of cancer runs through the state, the climate is temperate but pleasant. The monsoon brings heavy rains to Mizoram.

How to Reach Mizoram

Mizoram's only airport in Aizawl connects the state with Guwahati and Calcutta by regular flights.

Mizoram is not connected by rails and the nearest railhead is at Silchar in Assam.

The state is well connected by a good network of roads. The state transport corporation runs regular buses to various places within and outside the state.

Mizoram has many picturesque sites to visit. The Museum and Mini Zoological Garden at Aizawl, Bung (picnic spot), and Paikhai are worth a visit.

Besides, the Tamdil natural lake (located 60 km away from Aizawl), Vantawng falls (137 km) and Champai (204 km) are some other picnic sites of the state. 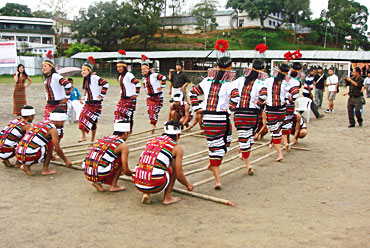 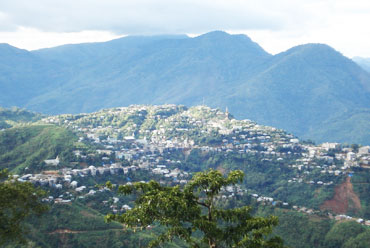