Festivals are a time of merry-making. Possibly, there is no better time to visit any destination than at the time of its festive season. Similar is the case with Ladakh region. The barren yet intriguing land of Ladakh comes to life during festivals when locals from all the parts of Ladakh come to one place and take part in the celebrations.

In fact, the festival season in Ladakh is the best way to view, enjoy and experience the culture of Ladakh. Festivals in Ladakh are organized on various occasions such as birth, marriage, commemoration of head Lamas who found the monasteries, harvesting, flowering and Losar or New Year.

The winter season plays host to more Ladakhi festivals in comparison to the summer season. Masked dance, folk songs by the monks in vibrant silk garments and feasting are some of the highlights of all the festivals. The venues of the festivals are the monasteries of the Ladakh and their courtyards become the open spaces where dance-dramas are organized. Spirituality and enjoyment are set afloat in the atmosphere.

One of the most popular monastic festivals of Ladakh, Hemis festival is organized in the month of June for the commemoration of the birth of Guru Padmasambhava, the founder of Tantric Buddhism in Tibet. The monks get dressed in vibrant brocade robes and wear colorful facial masks for performing a sacred dance drama of his life and its mission.

This 3-day festival is organized, from 9th to 11th June, particularly the monkey year festival that arrives in a cycle of 12 years. At the time of the festival, the 4-storeyed thangka of Guru Padma Sambhava is slung in the courtyard along with other precious thangkas are out on display.

2-day Gustors are organized in Thiksey, Spituk and Karsha gompas during different months of the year. These celebrations are a mark of the triumph of good over evil. Various kinds of masks are worn by the dancers. These masks signify the Gods and Goddesses, the Protectors and the Guardians. In the end of the festival, there is figurative killing of evils and the effigy of evils are also burnt.

Celebrated in Liker (lower Ladakh), Leh (Leh Palace) and Nubra Valley’s Deskit monastery, Dosmochey festival comes in the month of May. Out of all the places where the festival is organized, the one at Leh is the most popular. The courtyard of the palace becomes the venue of this festival for two days. The Chams is performed by monks of different monasteries, each year, turn by turn.

The festival is organized in the starting and in the ending of the Tibetan New Year. Monks of the Takthok monastery make the offering using thread crosses that fix all the hungry ghosts and evil in order to make them protector against natural disaster in the coming year. On the 2nd day, a procession is organized during which these offering are taken out and burnt while the locals whistle to ward away evil spirits.

Celebrated at Matho monastery on the 15th day of the first month of the Tibetan calendar, the Matho Nagrang festival is a 2-day event. This monastery the only gompa that belongs to Sakya School of Tibetan Buddhism. During the festival, the monks of the monastery wear colorful brocade and silk robes, and perform mask dances are performed by the monastery. The masks are the representation of the Gods and Goddesses.

The main highlight of this festival the presence of 2 oracles who attend the festival after a complete one month doing meditation in loneliness. These 2 oracles are present in the courtyard along with the masked dancers. They then give future predictions about the events that would befall. Locals even from faraway places come here so that they can get an advice regarding rituals that need to be performed to warding off disasters.

Organized in the month of February, just a week before Matho Nagrang, Stok Guru Tsechu festival is a 2-day celebration where the months of Spituk and Stok monasteries take part in the festivities, performing mask dances. At the time of the festival 2 oracles visit the monasteires. These oracles are actually common men from the same village who are arranged by the monks for receiving the spirits of the deities.

Phyang Tsedup festival is organized in the month of July / August. In the same manner as the other monasteries, the monks perform mask dances, wearing colorful brocade silk robes and masks depicting gods and goddesses. During the festival, a large thangka of Skyoba Giksten Gonbo is placed in the courtyard.

Around 125 km away from Leh, the very popular Lamayuru monastery becomes the venue of the 2-day Yuru Kabgyat festival in the month of July. In the same manner as the other monastic festival, the celebrations in this case are also marked by mask dances by monks who also organize prayers and some other rituals in order to get riddance from disasters and bring peace on earth.

The Losar celebrations are followed by Galdan Namchot, which is the birth anniversary of Tsogkha pa who was the initiator of Gelukpa School of order. During the second festivities, the mountains, monasteries and the houses of the locals are illuminated. Offerings are also prepared in the gompas and houses.

The Losar festival that comes 2 months before the Tibetan New Year, is celebrated in the 11th month of the Tibetan calendar. Though earlier the dates of both the festivals were same but in the first half of the 17th century, King Jamyang Namgyal was planning an expedition against the Baltistan forces in the winter season, he thus decided that the festival would be celebrated 2 months in advance. This later on became a tradition.

Lonar celebration is a month long celebration when gods, ancestors as well as animals are fed without any break. Pictures of Alpine of Ibex are made on the walls in the form of a fortunate representation. The walls of the kitchen are also dotted so that it can bring in prosperity in the New Year. Locals organize procession of fire, the Metho during which slogans are chanted to chase away evil spirits and hungry ghost. To mark good luck, they bring back rocks of ice and keep them in their store. In some of the villages, old men and women figures are made from this snow, which can last at least for one week. People of all age groups take part in Losar celebrations with full zeal. During the celebrations, if any family member would be missing, cups with their named are kept aside which are then filled by tea.

Held from 1st to 15th September in the town of Leh and its various villges, Ladkh festival is a large scale celebration where the locals showcase their zeal and enthusiasm. The inaugural ceremony of the festivals starts with a procession that sees participation from a number of cultural troupes from various parts from Ladakh. The procession begins from Leh, passes through the market with singing and dancing on traditional tunes. The performers adorn themselves in traditional Ladakhi attire and display some wonderful performances. The procession ends at the Polo ground. During all the 15 days of the festival, programs from different villages of Ladakh continue. Mask dances, Polo and Archery along with traditional dances from monitories are some of the highlights. Musical concert and dance programs take place all around Leh.

Sindhu Darshan is 3-day festival, that starts on 1st June and end on the third day of the month. Shay Manla, around 8 km from the Leh town, placed on the banks of River Indus becomes the venue. A mark of the communal harmony, unity and national integration, the celebrations of this festival started in the month of October in 1997. Along with being a celebration of Ladakh’s domestic tourism, it also pays respect to Indian soldiers who laid their lives fighting with the human enemies as well as natural disasters. During the celebration, Indian artists of different castes, regions and religions perform their traditional dances.

Ladakh Harvest Festival generally begins from 1st September and continues till 15th of the month. This festival is a flamboyant merriment of the rich cultural diversity of the people of Ladakh. The festivities continue till 15 days with full vigor and enthusiasm in the whole region. Folk performances, mask dances, wedding ceremonies, archery, theatre, music, polo are all a part of this festival with a finale carnival parade through Leh’s streets being the highlight.

Celebrated in a cave gompa of Tak Tok in the summer months, Tak-Tok festivals is one of the most important festivals of Ladakh., A prime tourist attraction of Ladakh, this festival is also a huge hit amid the locals who visit the venue with full enthusiasm in huge numbers. 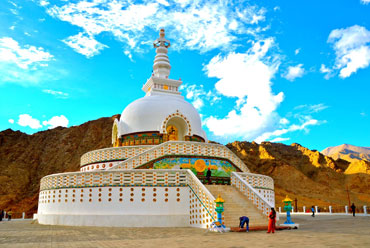 Across Kashmir to Ladakh
7N / 8D 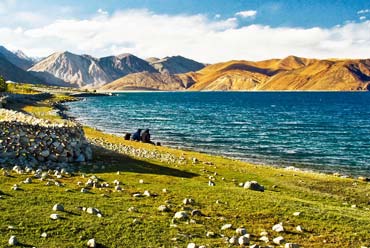 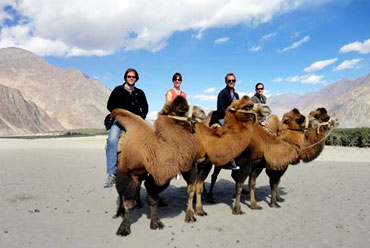 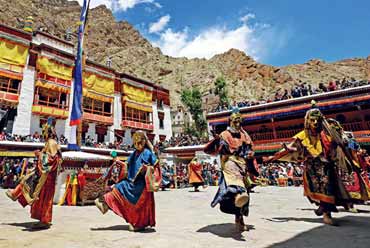 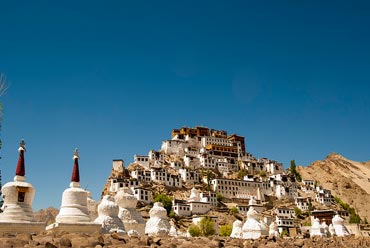 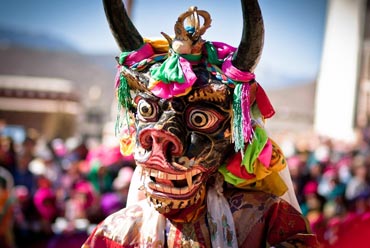 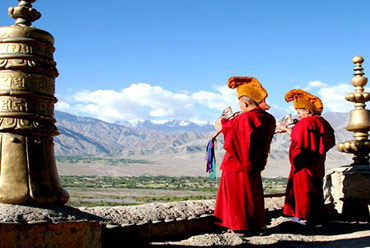 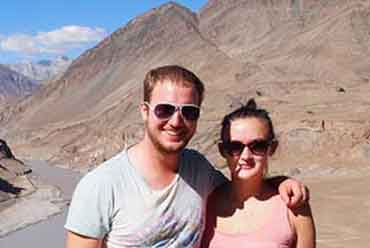 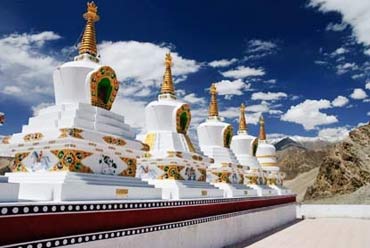