Khandala is one of the important hill stations in the state of Maharashtra and is the pride of the Sahyadri Mountains. Khandala is endowed with abundant natural beauty and like Lonavala, it is also provides a popular gateway from the hustle and bustle of cities of Mumbai and Pune. The picturesque green surroundings of this pretty hill station attract the travelers towards it.

Khandala is located in the western part of the state of Maharashtra, in the western region of India. It is set amongst the hills and valleys of the Sahyadri mountain range. It is situated 101 km southeast of Mumbai and 69 km from Pune. It is 5 km from Lonavala. Weather in Khandala is pleasant. Summers (April-June) are mild, while winters are cool (November-February). It experiences heavy southwestern monsoon rains between June and September.

The origin of the place is obscure. Chattrapati Shivaji, the founder of the first Maratha Empire, ruled the area around Khandala. Later it came under the Peshwa rulers, who founded the second Maratha Empire. It was finally taken over by the British when they defeated the Peshwas.

Khandala is a small hill station. The town provides a panoramic view of the lush green hilly environs. Travelers throng this place to escape the hectic lifestyle of Mumbai city. They can enjoy the scenic beauty of this place by taking a walk around. It has a number of trekking trails around it.

The popular hill station of Lonavala is only 5 km from Khandala. Lonavala also has the same geographical settings as that of Khandala.

There are a number of lakes around Khandala. Tugauli Lake, Lonavala Lake and Bhushi Lake are worth visiting; so is the Walvan Dam. Karla and Bhaja Caves, located in the hills at a distance of 16 km from Khandala, are important places to visit. These rock-cut cave temples dating back to 2nd century BC and are amongst the oldest and finest examples of Buddhist rock-cut temple art in India, belonging to the Hinayana sect of Buddhism. Adventure seekers can try their hand at rock climbing at the Duke's Nose peak and other locations in the Karla hills, near Khandala. Travelers coming from Mumbai to Khandala via the Mumbai-Pune highway can see the Duke's Nose with its peculiar peak.

By Air - Khandala does not have an airport. The nearest airport is at Pune (69 km).

By Rail - The nearest railway station is at Lonavala. As Lonavala is on the main railway line between Mumbai (Bombay) and Pune (Poona), all express trains plying between the two cities stop here and travelers can take express trains passing through Lonavala to reach Mumbai and Pune. We would provide you all India tourist permit vehicles for the local transportations and also for the intercity drives too. 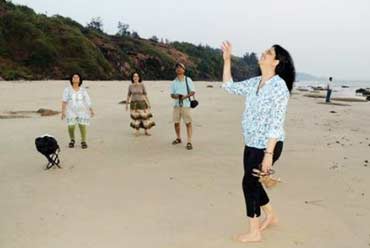 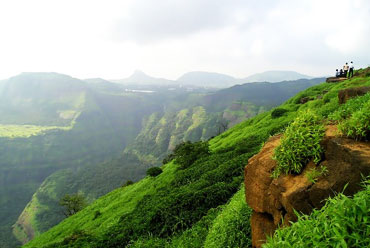