The majestic mosque is located in the middle of the sea and there is a narrow path built to pave the way to Mosque. The Mosque was built in honour of the Muslim saint Haji Ali. The Mosque is set at 500 yards into the sea and can be reached only in low tide. The Haji Ali mausoleum is located offshore, opposite the Mahalaxmi racecourse. During the high tides the connecting causeway get submerged into water making the impression that the mosque and the tomb are floating in water.

The structure is a minaret, which connects to the mainland by a causeway. The entrance is well sculptured in the Muslim style. The shrine is placed in the middle of the courtyard built in marble. The Mausaleum of Haji Ali lays on a silver frame which stands on pillars at four sides, decorated with mirrors of blue, green and yellow colours inscribed in the kaleidoscopic patterns interspersed with Arabic patterns which spells the nine names of Allah. Once in a Year the tomb is washed with rose water, which is distributed among the deities for its healing properties. The mosque is a classic example of magnificent Indo-Islamic architecture.

Legend Behind the Mosque

The Mosque is a Tomb of Muslim Saint Haji Ali. The saint is believed to have been a wealthy Businessman who later renounced the materialistic world and became a saint who meditated on a nearby headland and later headed for Mecca. It is said that he died on a pilgrimage to Mecca and miraculously his casket floated back to Mumbai. There was a note attached to his dead body that it should be buried wherever it lands. The body landed at the rock island, thus the tomb was built by the devotees of Saint Haji Ali.

The mosque can be reached only during low tides. During high tides crossing the causeway could be very risky. 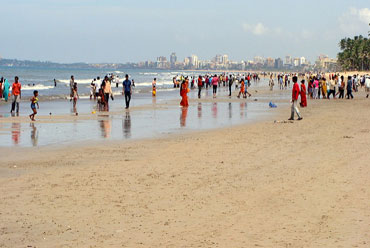 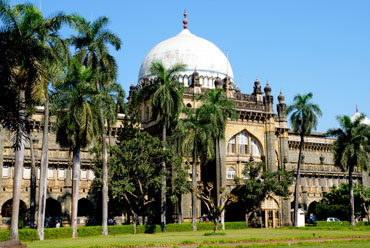 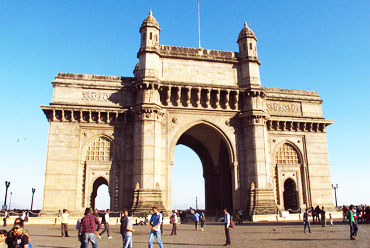 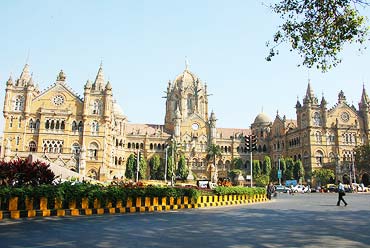