Manas Tiger Reserve, situated amidst the gentle slopes at the foothills of the Himalayas in India's northeastern state of Assam, is the only tiger reserve of its kind in the entire northeast. Apart from the rising population of tigers, Manas is also the home of the rare golden langur, the hispid hare, the pigmy hog, the one-horned rhinoceros and at least twenty other species of animals and birds that are listed as highly endangered. Manas derives its name from the Goddess Manasa. The forest stretches beyond Indian territory to the Himalayan kingdom of Bhutan, with the crystal waters of the Manas River demarcating the international border. Some areas that adjoin the river path are often flooded, but only for a brief period; the water level subsides as soon as the rainfall stops because of the sloping. Mixed deciduous type of vegetation is found in the park. The dense forest cover often prevents the sunrays from the forest.

This beautiful park was previously known as North Kamrup and was declared a sanctuary on October 1, 1928, with parts of it having been notified as reserved forests as early as 1907 and 1927. It was established as the core of the Manas Tiger Reserve from April 1973 and consecutively inscribed on the World Heritage List in 1985 and elevated to the position of a National Park status on September 7, 1990.

The climate of Manas Tiger Reserve is tropical. The temperature during summer does not rise above 37°C and during the winter it stays at around 11°C. Monsoon season (May-September) brings heavy to very heavy rainfall to the tune of 160 cm, because of which the park often gets flooded.

Manas Tiger Reserve provides shelter to a variety of wildlife, including 55 mammalian species, 36 reptilian species and 3 amphibian species, thus making it the greatest protected area in India in terms of numbers.

Manas forest is possibly as diverse as a natural biosphere can be. Its vegetation ranges from tropical semi-evergreen forests in the northern parts to tropical moist and dry deciduous forests of the other regions. There are extensive alluvial grasslands in the western region of the park, which comprises a variety of different grasses and shrubbery. There is also a considerable variety of aquatic flora along the Manas River.

One can hire a jeep to go around the park. The Assam State Tourist Department conducts tours, including boat trips and elephant rides. These trips are both convenient and cost effective.

The state capital Guwahati is barely 176 km from Manas. It is a historical city formerly known as Pragjyotishpur. Situated on the banks of the mighty Brahmaputra, it is famous for the temple of Goddess Kamakhya, the shrine of Shakti worship built by the Koch king Naranarayan.

The town of Hajo (25 km west of Guwahati) is a sacred place for Hindus, Muslims and Buddhists. The town also boasts of the Hayagriba Madhava Temple, accessible via a long stone stairway. Hajo and the adjacent Sarthebari village are renowned for their bell metal work.

The nearby town Barpeta is notable for the monastery and shrine dedicated to the Vaishnavite saint, Sankardeva.

Manas Tiger reserve is 176 km from Guwahati, from where one can drive down to the park. The journey lasts approximately five and a half hours. The nearest rail junction is at Barpeta Road, 136 km from Guwahati. Guwahati in turn is a well-connected rail junction as well as an airport. The regular bus services to the park by the state transport as well as the private operators is yet another option. 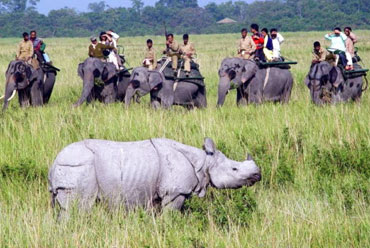 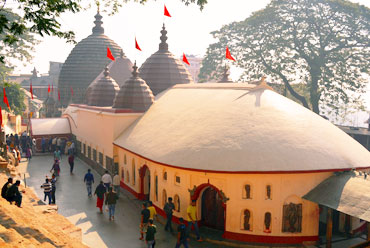 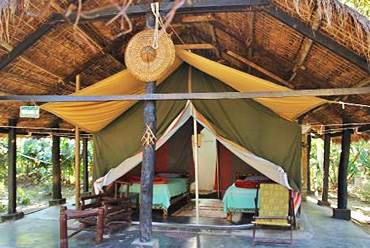 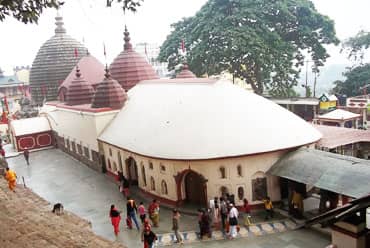 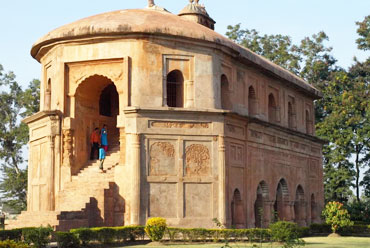