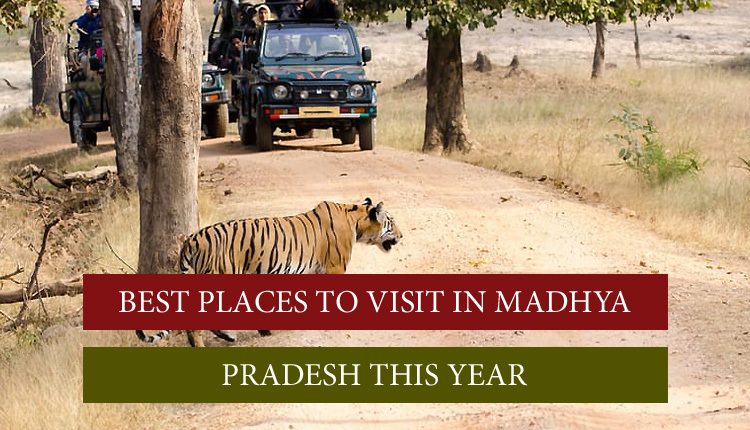 Time to explore what the ‘Heart of India’ has in store for you! The popular places to visit in Madhya Pradesh showcase a mini-India with a rich heritage, serene pilgrimages, varied cultures, enthralling wildlife, and much more. One of the largest states in India is bestowed with two of the twelve Jyotirlingas, UNESCO World Heritage Sites, and a city that hosts Kumbh Mela every twelve years. From history buffs to adrenaline junkies, the incredible state welcomes all!

Let’s take a tour of the popular attractions in Madhya Pradesh and enjoy a matchless experience of innumerable stories and uncountable mysteries. 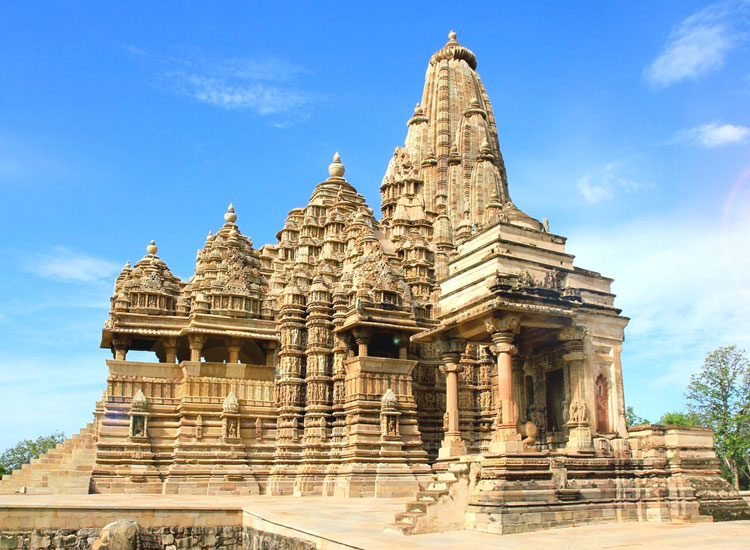 How to reach Khajuraho

[ Book Khajuraho Tour Packages with us ] 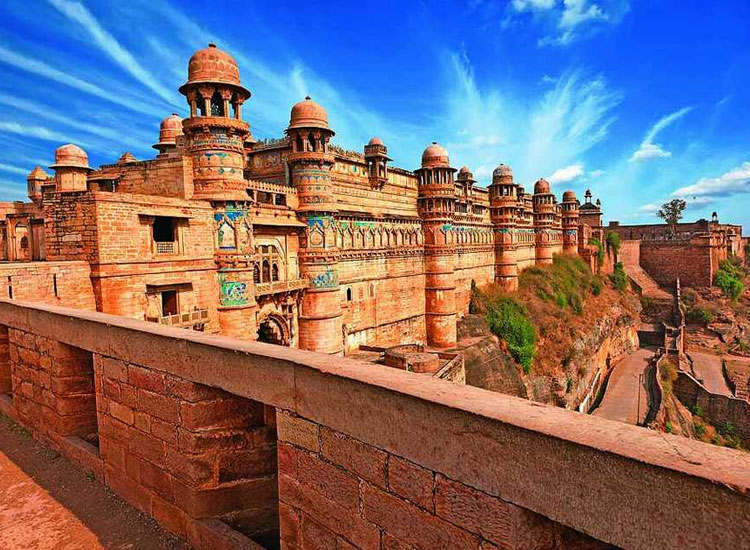 The royalty and chivalry of the glorious past of the state are better experienced at Gwalior. Dominated by a massive fort perched on a hill, the city is dotted with many other historical monuments of Madhya Pradesh.  Artists, musicians, holidaymakers, and poets automatically get lured to the land of the Scindia Dynasty. Legendary musicians belonged to Gwalior, helping it to enjoy a matchless reputation in Music.

How to reach Gwalior 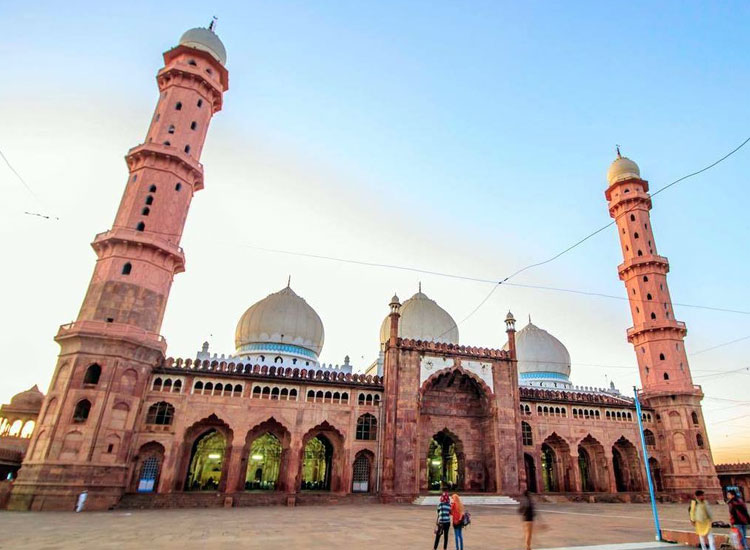 A pair of lakes separate the city of Bhopal. The striking contrast between the old and new will amuse you from North to South. The city is also famous for its intricate Zari work and Zardosi crafts that are admired by everybody in the world. Savor the Nawabi food, which offers perfect respite to the foodies who which to satiate their hunger.

How to reach Bhopal

[ Explore popular attractions of Bhopal with these customized packages ] 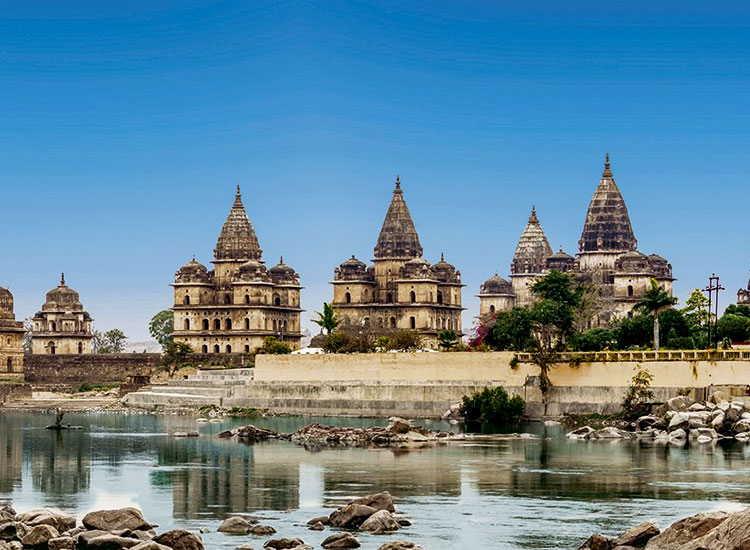 Housing some of the splendid constructions, Orchha is nestled on the banks of Betwa River. The unique medieval charm of this popular historic destination in Madhya Pradesh cast a spell on the visitors. The frescos, classical mural paintings, grandeur of temples, and Havelis account for the immense popularity Orchha enjoys worldwide. Enjoy a time travel in history and spend your evening watching a spectacular sunset over the river. Explore holiday packages for Orchha.

Best time to visit: The months of October to November are the best for a city tour to Orchha.

How to reach Orchha 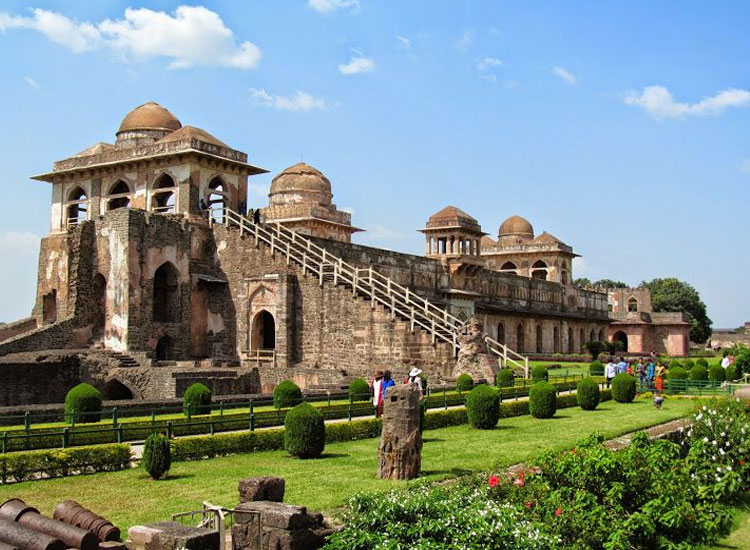 Mandu or Mandavgad is a treasure trove of architectural wonders and history dating back to the 6th century BC.  The magnificent temples add a majestic charm to the city. Also alluded to as the ‘Hampi of ancient India’, the quaint town is one of the must-visit destinations in Madhya Pradesh. Historic Afghan masterpieces adorn the quaint town. With a ship that never sails, Mandu reminds you of the childhood stories you would have probably heard of.

How to reach Mandu 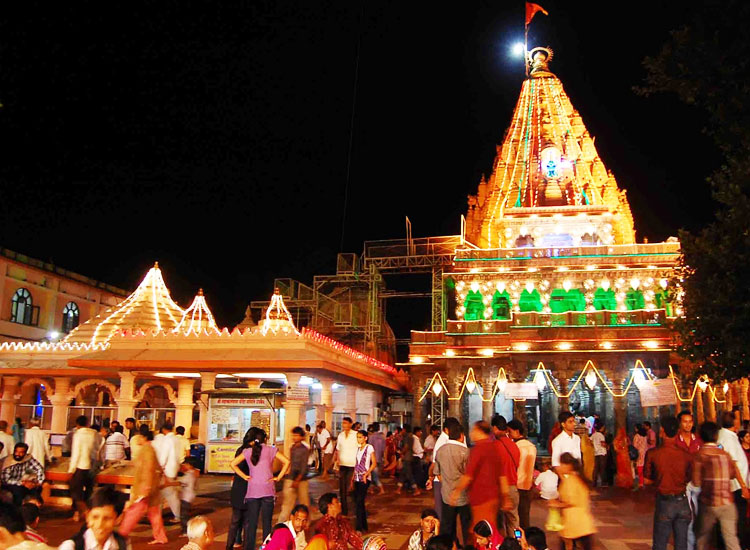 The pious land of Ujjain is the holy abode of one of the twelve Jyotirlingas at Mahakaleshwar Temple. Reckoned as one of the seven sacred cities of the Hindus, Ujjain is thus one of the must-visit places in Madhya Pradesh. Positioned along the bank of River Shipra, devotees throng the ancient city during the Kumbh Mela, which is held here every 12 years. People searching for serenity and Moksha should not miss planning a tour to Ujjain.

Best time to visit: October to March is the best time for Ujjain sightseeing.

How to reach Ujjain 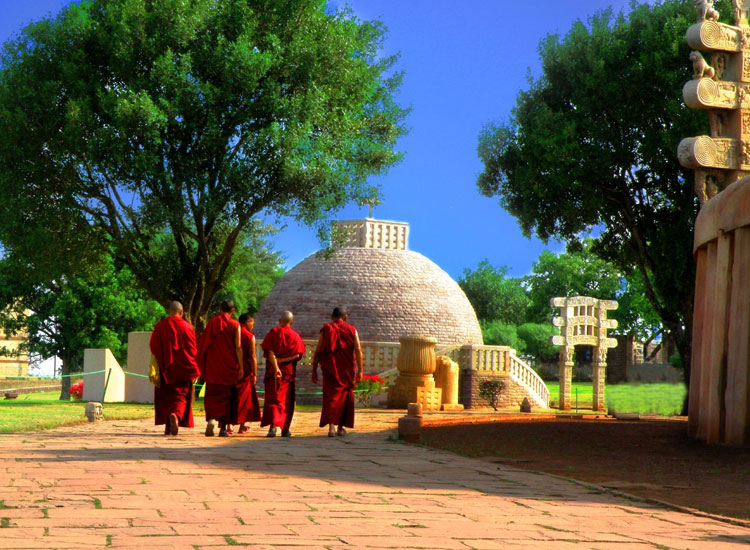 Imbued in tranquility, Sanchi is home to the famous Sanchi Stupa – a UNESCO World Heritage Site.  Great Mughal Emperor Ashoka installed the Great Stupa in the 3rd century BC. Countless temples, monasteries, an Ashokan pillar, and Buddhist monuments at Sanchi Madhya Pradesh are the head-turners here. Regarded as one of the important Buddhist pilgrimages, the quaint town of Sanchi greets Buddhist pilgrims, avid tourists, and history buffs alike.

How to reach Sanchi 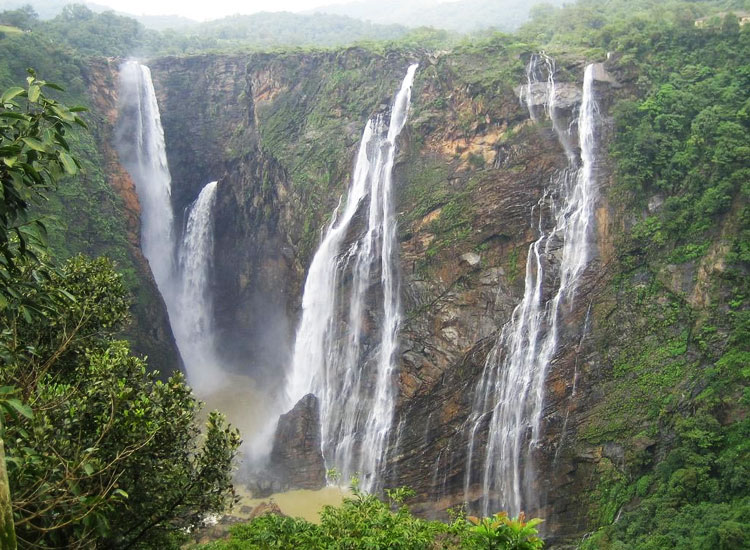 Holding the epithet of the ‘Queen of Satpura’, Pachmarhi is the only hill station in Madhya Pradesh. A myriad of history and several attractions, the hill station is the perfect option to spend memorable vacations. Listed in UNESCO Biosphere Reserve, the place is so irresistible that even the Pandava brothers from the Hindu epic Mahabharata spent a few days here during their exile. Get ready for a calming experience at one of the popular tourist destinations in Madhya Pradesh.

Best time to visit: Pachmarhi can be visited throughout the year.

How to reach Pachmarhi 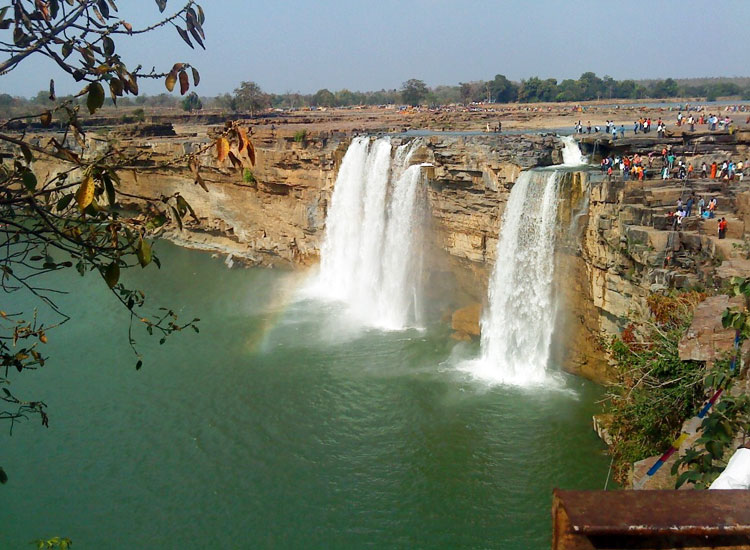 The sublime beauty of Chitrakoot brings lots of tourists to the popular tourist destination in Madhya Pradesh. The majestic city finds mentioned in the Hindu epic Ramayana as the dwelling place of Lord Ram and Goddess Sita during their exile. It is due to this reason that many people consider it to be a sacred town. Holding the title of the ‘Place of Many Wonders’, the city got its name from the presence of Cheetal (Deer) in the area.

How to reach Chitrakoot 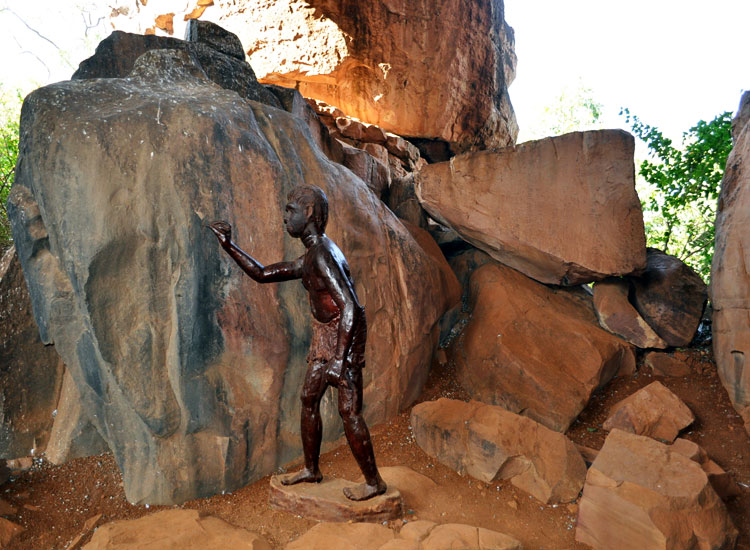 As you walk through the Rock Shelters of Bhimbetka, you will be amused to get glimpses of the bygone era of historic India. Declared as a UNESCO World Heritage Site, these popular attractions in Madhya Pradesh meticulously showcase the beginning of the South Asian Stone Age. The name of the place translates into the ‘Sitting Place of Bhima’, one of the prominent characters in Mahabharata. Beautiful and distinctive 30,000 years old paintings adorn the 500 caves out of the total 750 caves available.

How to reach Bhimbetka Rock Shelters 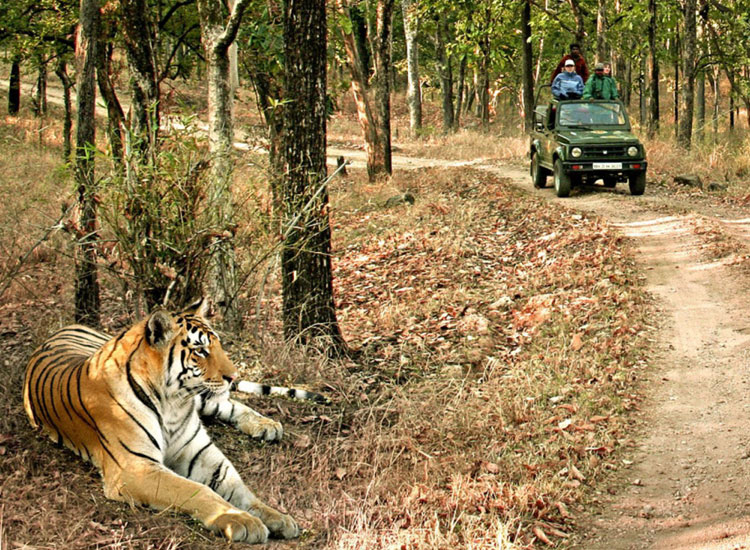 Kanha National Park is so alluring that it inspired the famous novelist Rudyard Kipling to pen his novel ‘The Jungle Book’. Nearly extinct and rare animal species like Swamp dear and Barasingha dwell at this national park in their natural habitat.  People throng this popular wildlife holiday destination in Madhya Pradesh to spot royal Bengal tigers, which reside here in good numbers. Over 350 species of birds are also found here.

How to reach Kanha National Park

Also Read: Where to go for Jungle Safari in India 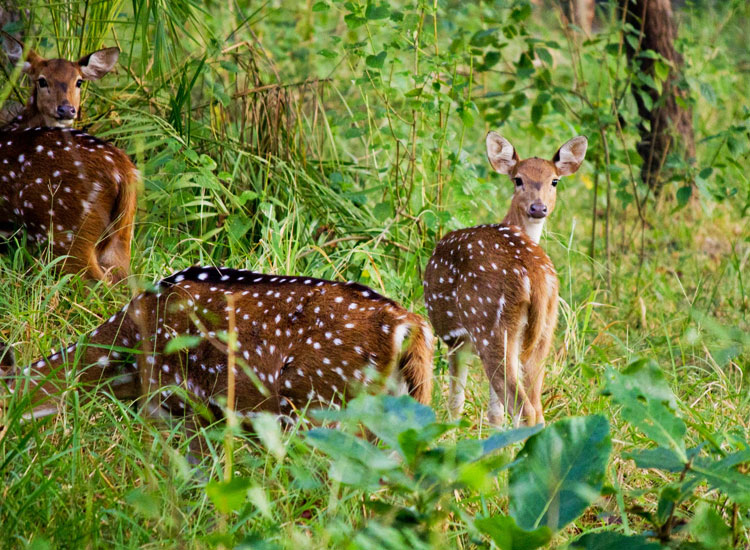 How to reach Pench National Park 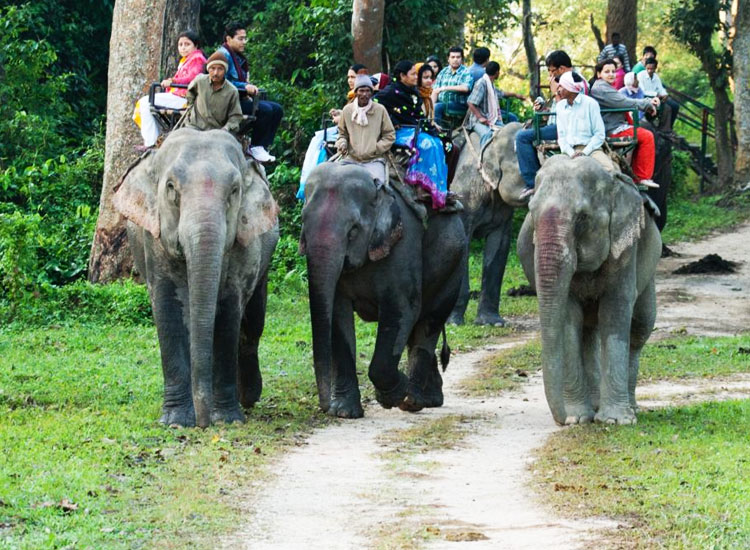 Counted as one of the popular attractions in Madhya Pradesh, Panna National Park is where the Royal Bengal Tigers reside. Enjoying the reputation of India’s best-maintained and managed national parks, it also steals the limelight for having various sites of historical importance. Ken River flows into the park and creates a spectacular waterfall. Heaven for wildlife lovers, the park offers memories to be cherished forever!

How to reach Panna National Park 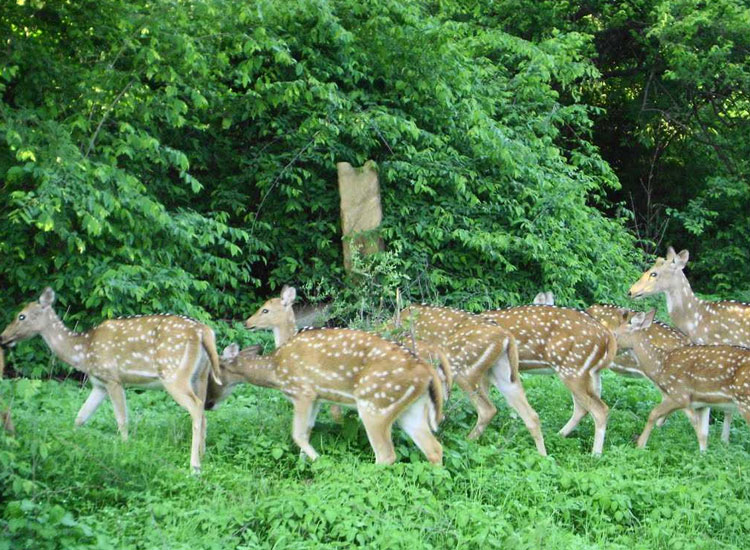 Innumerable species like the Indian gazelle, the little Chinkara, Blackbuck, Nilgai, and the Chusingha can be spotted at the Madhav Shivpuri National Park, one of the best places to visit in Madhya Pradesh. The park was named after the Madho Rao Scindia, the Maharaja of Gwalior and is considered the best place to visit in Madhya Pradesh. Covering an area of 157 sq. km, the major wildlife park in the district exudes pristine beauty. The wildlife sanctuary has witnessed many royal moments as a popular hunting ground of the Maratha royals and Mughal era.

The wilderness of India can be best explored at the Bandhavgarh National Park. There is no other place like this National Park to witness 250 species of birds, 37 species of mammals, and 80 species of aquatic animals. Avid wildlife enthusiasts can find perfect respite while spotting the Royal Bengal Tigers. Once a hunting ground of the Maharajas, the park has efficiently transformed into a National Park. Visit this most popular tourist attraction in Madhya Pradesh to experience how it feels to witness a tiger in close vicinity.

How to reach Bandhavgarh National Park

A diversified variety of wildlife, pilgrimage, heritage, arts and crafts, and nature can be seen only at the popular places of interest in Madhya Pradesh. Several Madhya Pradesh Tour Packages will help you to plan a trip soon!