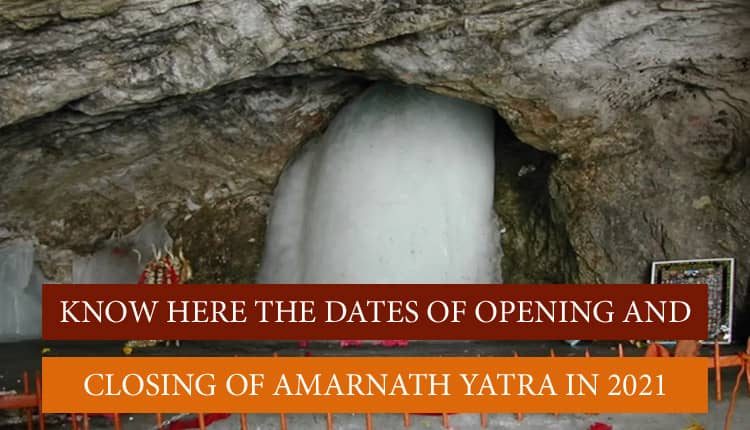 Amarnath is one of the most famous pilgrimage destinations among Hindu devotees and is organized every year by the government of Jammu and Kashmir. Unfortunately, last year 2020, SASB (Shri AmarnathJi Shrine Board) decided to suspend the yatra due to the adverse effect of the coronavirus pandemic, and this news made several Shiva devotees disappointed. However, the declaration of commencing the holy yatra of Amarnath 2021 has given new hope to the millions of Hindu devotees to soak in spirituality.

Details about the Amarnath Yatra Opening and Closing Dates 2021

According to the Hindu culture, the shrine of Amarnath holds a major significance in the Hindu religion. Amarnath is considered to be one of the holiest shrines in India. The main cave, which is situated at a height of about 12,756 feet remains covered with snow most of the year except for a short time in summer. Every year ‘Amarnath Yatra’ is marked by ‘Pratham Puja’ which is said to summon the blessings of Baba Amarnath, which draws a large number of Shiva’s Bhakts from every corner of the world.

The holy yatra to the Amarnath shrine will commence on June 28 on the auspicious day of Ashaad Chaturthi.

The holy yatra to the Amarnath shrine will end on August 22 tentatively on the auspicious day of Shravan Purnima, which is also known as Raksha Bandhan.

The Legend, Belief and Conclusion

If you have dropped it last year, do not worry, grab this golden opportunity and be a part of Amarnath Yatra 2021, and seek the blessing of the Supreme Being, which is also known as Baba Barfani. As per Hindu mythology, the Amarnath Cave is where God Shiva was narrating Amar Katha (the story of becoming immortal) to Goddess Parvati and wanted to keep it a secret. Visit Amaranth to seek blessing as well as to encounter the legends narrated as per the mythology. Moreover, the yatra will also allow you to admire the natural beauty in a serene environment.

Are you looking for Amarnath Yatra 2021 Package? 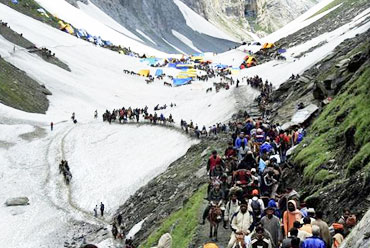 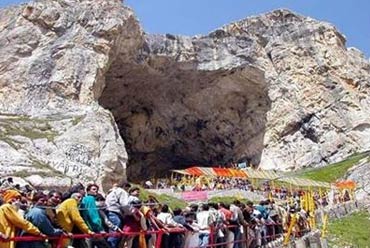 Note: To curb the COVID 19, the Amarnath Shrine Board (ASB) announced on Monday, 21st June, 2021 that there would be no physical darshan by the devotees. The pause to Amarnath Yatra has been imposed to save people from the infectious COVID-19 virus, which shows its effect where masses are present. This is not the first time when the Government has announced to pause the physical darshan at Amarnath Yatra. Infact, the previous year the scenario was also the same when the pandemic affected India. The Yatra to Amarnath has been called off, but devotees can indulge in online Darshan to the cave shrine.

Anand is a content writer and developer, with 2+ years of experience in creating content for several industries. His zeal for helping the readers and providing authentic information arises from his former experience in journalism. Exploring new places, learning new things, trying out amazing cuisines, and blogging about them are few things that keep Anand fascinated.